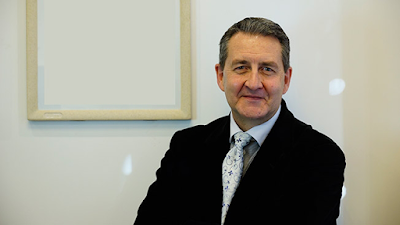 Adweek reported on a lawsuit filed by a former RAPP U.S. President charging the company with discrimination, retaliation and wrongful termination. Sounds like the makings of RAPP rap lyrics. The details are too zany to regurgitate, so please read the article below. But it appears to be another example of White whistleblowers pursuing legal action after complaining about the racist, sexist and inappropriate behavior of superiors. Hey, when White people complain about discrimination, it leads to multi-million-dollar lawsuits. When minorities complain about discrimination, it leads to blacklisting.

The lawsuit filed Monday in Los Angeles against RAPP Worldwide and RAPP California by the law firm of Rushovich Mehtani LLP claims that CEO Alexei Orlov fired Andersen for reporting on the chief executive’s allegedly “destructive” behavior to global head of human resources Carolyn Doud and one of parent company Omnicom’s in-house attorneys.

The full filing cites the agency’s “repeated failures to show basic respect for the civil rights of various employees” and accuses Orlov of subjecting his staff to “sexual and racial harassment, gender and age discrimination, and retaliation for trying to put an end to such injustices.”

Adweek reached out to RAPP and the larger Omnicom organization for comment on the suit but did not receive a response by the time this story was published. Aanand Mehtani of Rushovich Mehtani LLP declined to comment on the case.

The suit claims Orlov immediately “created a hostile work environment” after joining RAPP and “demonstrated through his comments and actions that he harbored discriminatory animus against women and various racial and ethnic groups.”

Specifically, Andersen claims he witnessed Orlov referring to unnamed women as “fat cows” on “several occasions” and that the CEO once chided a Jewish employee for being “miserly with money.” According to the suit, Orlov also pressured an employee working on the agency’s Pfizer account to acquire Viagra for him without a prescription, claiming he needed the drug “because he has a young wife.” Andersen claims that he then reported the incident to the managing director of RAPP New York.

Orlov also allegedly declined to promote an unnamed female executive whom Andersen was “grooming” for a leadership position, stating that she was “too pretty” to be taken seriously.

According to the suit, Orlov dismissed a claim of sexual harassment against another RAPP leader. Andersen witnessed a “drunk” executive speculate “loudly” that an unnamed female employee was not wearing underwear, the suit states. When Andersen reported the violation to Orlov, he allegedly responded with an email reading, “I do not want to see this man’s demise.” The executive in question remains a RAPP employee.

The filing claims that many RAPP employees were fearful of Orlov, who was known as “vindictive” and allegedly told approximately 70 people at a meeting in the agency’s Dallas office, “Mess with my brand or my direction and I will break off your finger and shove it up your ass.”

Nonetheless, Andersen allegedly encouraged other staff members to file complaints about Orlov’s behavior, facilitated an investigation by human resources and the agency’s legal department and eventually lost his job for speaking out.

Andersen also claims that his age may have played a role in Orlov’s decision to fire him, noting that he heard the CEO state that he “did not want [his] company filled with people in their forties or fifties” in front of Doud and other agency leaders on “several occasions.”

In claiming damages inflicted by Orlov and RAPP, the suit states that Andersen has suffered for “telling the truth about the unlawful and discriminatory mistreatment of various employees of Defendant.” Andersen claims he was terminated directly after returning from a vacation in April.

Adweek’s AgencySpy blog reported that he had been let go after nearly three years with the agency, but RAPP gave no reason for his abrupt departure at the time. Andersen previously served as CEO of BBH New York and was promoted to lead U.S. operations at RAPP after serving as managing director of its Los Angeles office.

Here comes another wave of white women creatives, managers and presidents in response.

"We're diverse! See?!? Look at the sheer number of white women we've rushed to hire inside our agencies in the last few months!"

It'll trickle down to People of Color eventually, right?

Glad to see that the chickens are finally coming home to roost for RAPP.

I had the "pleasure" of working in one its west coast offices a few years ago. As one of a handful of minorities in the creative department, no less. This all lines up with what I experienced and, I can only imagine, what my latino and asian american coworkers also experienced during Alexi's early days.

To be fair to Orlov, the entire network had its own homegrown museum of racist dinosaurs before he ever showed up, but it sounds like he took things to an entirely different level.

Tons of my black and brown coworkers totally disappeared within months of Orlov's arrival, to say nothing of the high ranking women that completely vanished. It was actually pretty shocking, even for an industry already chin-deep in race hate.

By the way, Greg's hands aren't as clean on the race front either. A few years back, while he was on the East Coast, he had the great idea to turn homeless people into living, breathing WiFi towers (look it up) as part of a social media campaign.

Anonymous For A Reason said...

That one hit me right in the gut.

I have stories just as bad as this guy. As in, currently. Hell, every minority I've worked with in my career has stories like this.

The ones who were stupid enough to speak up about the discrimination did indeed get blacklisted.

You KNOW shit is bad when even the white people can't put up with the discrimination, hit their breaking point and throw down a lawsuit.

That it's hitting all the agencies at once, all from white execs?