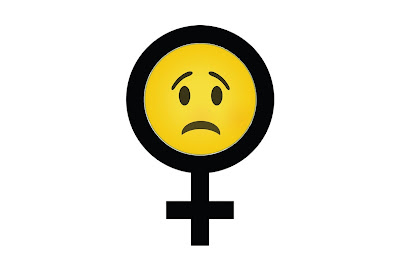 Jobs for the girls: paving the way for women in creative departments

Doing away with outdated creative department structures will both modernise agencies and further the cause of women in adland, Paul Burke writes.

Velcro, Teflon, Post-it notes and the microwave. All created accidentally by people who were trying to invent something else. And with his piece in Campaign two weeks ago, Jonathan Burley may well have done something very similar. Like 18 Feet & Rising, he has dissolved the rigid and outmoded structure of creative teams to improve his agency’s work. But, in so doing, he may also have solved a far knottier problem that has dogged our industry for years. And that is:

The woeful shortage of women in creative departments

Women are well-represented in all other departments, yet, in 2016, still about 80 per cent of creatives are men. The reason is very simple: they still work in pairs. We’re so accustomed to it, we have lost sight of how ridiculous it is. The team structure, introduced by Bill Bernbach, was a system designed for days gone by – for 50s America when there were far fewer women in the workplace. And it was a system designed for men. But the world was moved on, so don’t creative departments need to move on too?

Stop with the pretend outrage. You know perfectly well what happens. And, given how much they have in common, it’s no great surprise. The only surprise is that it doesn’t happen more often. I can think of several male/female teams who went from being a creative item to a romantic one, and four who ended up getting married. But living happily ever after is rare so, rather than risk careers collapsing if the relationship does, creatives may prefer to work with someone of the same sex. Fine. Except for one thing: the vast majority are men, so it’s a system that works against women. Of course, there are female teams too – but they’re often given the “girly” briefs and denied the opportunities afforded to “the boys”.

The cavalcade of caveats

Yes, I know that all this can be robustly denied. I’m not saying that either party sets out with this in mind. Neither am I suggesting that men and women can’t work together without fancying each other. But it is a real issue and it’s made worse by being a delicate subject that is seldom discussed. Because if male creatives were to say “If I have to work so closely with just one person, I’d rather it was a bloke”, they would be viewed as sexist. So they don’t say it. They just do it.

Jonathan and 18 Feet & Rising seem to have accidentally come up with it. Phase out the old, outmoded team structure. If creatives worked independently, they could mix and match, working together on certain projects when their combined skills are required – like everyone else does in the 21st century. Creative departments would immediately benefit from a greater diversity of people and a greater proportion of women. The industry would improve, the work would improve and the age-old problems would disappear. For example:

If a woman is one-half of a creative team, it can be difficult to take time off to have a baby. And not just for her. While she’s away, her partner’s career can stagnate. They are a team and that team’s ability to work together will be affected by her having a child. If they worked solo, this wouldn’t be an issue. Technology has made creating ads the perfect job for working from home. No longer being part of a malfunctioning team will make women’s jobs more secure and easier to balance with childcare.

The howls of protest

I can hear them now from the patriarchy by the pool table. “But we work better as a pair,” they will say, because that’s all they know. But the good ones will raise no objection. They will welcome the chance to do work with different people, absorb different perspectives – particularly female ones – and watch their work improve. They will be more like digital creatives, who tend not to be shackled to one partner. Those departments are far more fluid, have far more women and they are doing brilliantly. What more do you need to know?

If women are ever going to get equality of opportunity, the way creative departments are structured and the way their personnel are trained and hired need to change – forever. Dismantle the male-dominated team system and break down those barriers. The party’s over, boys. But look at it this way: if you’re any good, you’ll be going to a far better party. One where girls are invited.

Paul Burke is an award-winning copywriter and novelist who has worked at J Walter Thompson, BMP DDB and Y&R

It's duly noted that the only upper level black woman the newspaper could find was a useless Diversity position, which as we all know accomplishes nothing, has no power, no metrics to see what they're doing (or not doing) and is a figurehead that exists for annual reports.

If that's the best and highest ranking our industry can do, THAT is an article.

Tim Allen might need a mention. In a US jury pool for Cannes that has more white women than men (thanks, 3% Conference) and a couple of Exotic Foreigners in lieu of American minorities, there is at least one person of color.