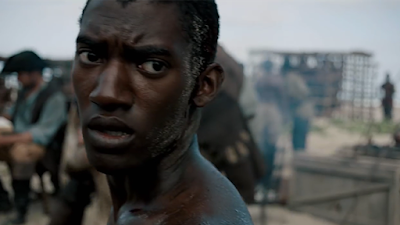 Adweek reported History is celebrating a new show via a project that will initially digitize 4,000 post-slavery documents to help Black families trace their ancestors. Hey, someone should digitally document every Black person who has worked in the advertising industry. Such an effort would likely involve far, far fewer than 4,000 documents.

When immigrants came into the United States through Ellis Island or arrived on the Mayflower, it was all carefully documented so that today, family members can easily trace the arrival of their ancestors. For those with relatives that arrived on slave ships, it’s much harder to trace, but a new campaign from History, “Reading for Roots,” aims to help those families learn more about their ancestors by digitizing some of the important records and documents.

“Reading for Roots” was created around History’s new show Roots—a four-night, eight-hour miniseries and one of Adweek’s 12 TV shows you don’t want to miss this summer—which debuts this weekend. As History was preparing to launch the show, it came across the Freedmen’s Bureau Project, an initiative seeking to digitize all of the records from the Freedmen’s Bureau.

With nearly 4 million slaves freed by emancipation, there were a high volume of documents detailing where they came from, who they worked for, who their families were, what their own names were and so on. The Freedmen’s Bureau Project has been working to digitize all of these documents, asking volunteers to sign up and help index over one million documents.

“The Freedmen’s Bureau have all these documents that they still need to read and they have an incredibly intense process wherein they have to check the document two or three times to make sure it’s accurate,” Elizabeth Luciano, vp, brand marketing at A&E, told Adweek. “So, why don’t we give people that chance to help this project along by letting them simply do it online in an easy manner?”

In partnership with 360i, History built a website that houses roughly 4,000 documents from the Freedmen’s Bureau, dating back to the 1860s. The idea was to tap into millennial viewers who, according to a key insight from History, would rather donate time than money. Volunteers simply need to visit the Reading for Roots website, open up a document and type in any names and dates they come across.

The campaign fits nicely with the show, which focuses on slavery in America and follows one family’s struggle to stay alive. “Roots is a story about family heritage, identity and where you come from. We want to make sure we could provide people with similar backgrounds in the United States with the ability to tell their story,” Luciano added.

History hopes to have all 4,000 documents digitized by the time the final episode of the show airs next Thursday. FamilySearch will house all of the documents online. They will also be available in the National Museum of African American History and Culture when it opens in September.