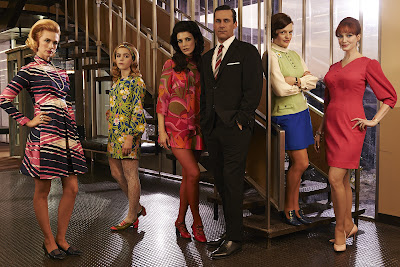 The New York Times published diverted diversity drivel via a report titled, “For Women in Advertising, It’s Still a ‘Mad Men’ World.” The article ultimately underscored that it’s an even worse ‘Mad Men’ World for minorities, as the only woman of color featured was Publicis Groupe Chief Diversity Officer Sandra Sims-Williams. Meanwhile, FCB Global CCO Susan Credle is suddenly feeling “invisible” and discriminated against, despite once insisting advertising was not tougher for women. Hey, it’s a woman’s prerogative to change her mind. Is it still a ‘Mad Men’ World for White women in advertising? Well, whining aside, the Joan Harris and Peggy Olson types have progressed quite nicely. Dawn Chambers and Hollis, on the other hand, remain stuck in segregated and stereotypical roles.

It would be so great if one of these article writers would, just once, ask a holding company the question, "Can you give me the names of several black female creatives in your agency to talk to for this interview?"

That question alone would set off fireworks.

And I'd like to see the panicked shuffle as the best the holding companies can come up with are Vice Presidents of Diversity and they'll have to admit the truth. There are no "Black female creatives, plural" anywhere to be found.