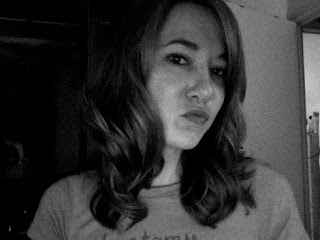 Adfreak and Agency Spy spotlighted a moment of insanity perpetrated by the Director of Planning at StrawberryFrog in Amsterdam. Heather LeFevre sought to “remove a cancer from adland” by launching an online campaign to blacklist an ex-employee. MultiCultClassics will forgo rehashing the silly details, opting instead to briefly swing the microscope in LeFevre’s direction—as well as conduct an experiment in Web investigation.

First, LeFevre has only held her position since July 2010, and her previous roles were at a Senior Planner level. In other words, she’s a newbie leader. Actually, it’s clearly premature to label her a leader, especially given her actions in this scenario. So let’s call her a newbie manager.

Second, when LeFevre announced her new StrawberryFrog gig on her blog, she indicated the need to immediately hire four planners. Hence, the newbie manager was faced with having to quickly assemble a team—a daunting task even for a seasoned veteran. It’s safe to say she failed in her opening assignment.

Third, LeFevre once offered her opinion on the characteristics of a successful planner. She said, “From my perspective, I think mastering the art of conversation is one of the most important skills to develop. How to Talk to Anyone is a great book to help. You have to build rapport with surly creatives and clients that you may not see all that often. They will invite you into their inner circle if they trust you, find you interesting and want to talk to you. It doesn’t matter how smart you are if you haven’t got that.” Too bad the surly Director of Planning didn’t tap her masterful conversational skills when confronted with a challenging report. She should consider checking out a few basic books on professional leadership.

Fourth, LeFevre has obviously put StrawberryFrog in a bad spot. Forget the possible legal issues, since MultiCultClassics isn’t familiar with employment law in Amsterdam. Her immature rant has completely shifted the focus away from the agency’s work. Additionally, future candidates might think twice before pursuing a job with the place. Hell, clients might give pause before partnering with StrawberryFrog. Someone holding the title of Director of Planning should be an ambassador for her agency. She should at very least be responsible for briefs involving clients, not coworkers.

Sixth, LeFevre’s 17-page document unintentionally displays her poor planning abilities. As always, the planner compiles reams of redundant, fuzzy and irrelevant information, demands that the mess be read in its entirety and expects everyone to decipher its usefulness.

When LeFevre originally told the world that StrawberryFrog had named her Director of Planning, she joked, “They might have been smoking something, that’s still to be confirmed.” Um, looks like she just supplied the confirmation.

UPDATE: Some of the links above may be useless, as LeFevre’s blog—featuring the original condemnation—is suddenly restricting access to visitors. Perhaps the Director of Planning received a call from the Director of Human Resources.

UPDATE TWO: Well, LeFevre’s blog is accepting visitors again—but the infamous post has vanished. Perhaps LeFevre can use her keen investigative skills to unravel the mystery behind its digital disappearance.
Posted by HighJive at 3:04 AM