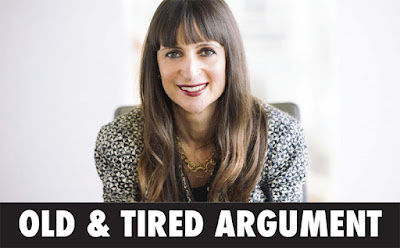 A MultiCultClassics visitor pointed to The Drum, where Engine CEO Debbie Klein presented “5 hot topics you should take seriously in 2018”—which ultimately showed Klein should not be taken seriously in 2017 and beyond. Here’s an excerpt worth ripping apart:

2018 may be the year that the advertising industry finally brings its most underappreciated demographic—over-50s—into the spotlight.

Gender and ethnicity diversity have been the top of the agenda this year. And rightfully so, considering there are still only 31% of senior positions in creative agencies taken by women, and 11.4% of industry jobs filled by black, Asian and minority ethnic people. But there’s a missing piece in the diversity puzzle—and that’s age diversity.

Just 6% of people working in the advertising industry are over 50, compared with 30% working in other knowledge industries like law and finance. Creative agencies and brands are bursting with great awards programmes and cultures targeted at young people—from ‘30 under 30’ programmes to action-packed team away-days—but they lack the equivalent rewards for older people, and too many over-50s end up pursuing other avenues, such as a highly paid client role, writing or directing.

Agencies need to harness the potential of over-50s. This age group is a valuable source of creativity which also has the experience to spot mistakes and pass on their expertise to younger colleagues, and to help produce work that properly reflects our society.

Over-50s command huge purchasing power, with their spend accounting for over £320bn of UK spending. Brands should be waking up to this and looking at better ways to capture the potential of this age group properly in 2018.

Stating that elder White people comprise a mere 6% of adland’s workforce sounds bad, until compared with Blacks, Asians and Minority Ethnics representing 11.4% of industry jobs. In other words, the individual minority groups probably hold fewer jobs than elder White people—the alleged “missing piece in the diversity puzzle” is still bigger than the Black puzzle piece, for example. Need a visual to demonstrate the point? Take a peek at the people of Engine.

Prediction of other types of diversity that will leapfrog over racial diversity in advertising in 2018:

"Neurodiversity"
Because it's important that the needs of white people with dyslexia, autism, etc. are addressed.
http://europe.advertisingweek.com/schedule/-hobbs-creative-equals-seminar-2018-03-20-14210

"Diversity of thinking"
That's where white people who think thoughts are held up as examples of true diversity.
https://www.campaignlive.com/article/diversity-thinking/1452158

"Diversity push"
That's where the ad industry makes loud public commitments to training teen girls of color, and forgets about adult POCs who could actually be hired.