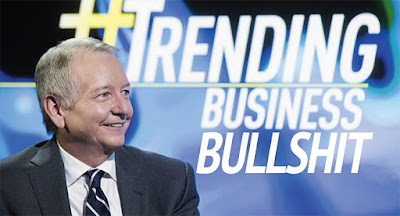 Adweek published an interview titled: “Why Ogilvy’s Worldwide CEO Is Streamlining Both Agency Structure and Technology—John Seifert explains what he’s focused on in 2018.” Not surprisingly, Seifert belched out roughly 1,300 words on his grand vision without a single mention of diversity, despite insisting in 2017 and 2016 that it was an imperative in the “next chapter” of the White advertising agency. So much for being an ADCOLOR® Change Agent. Then again, it’s a safe bet that Seifert will streamline diversity and inclusion efforts, focusing on the promotion of White women in 2018 and beyond. Ogilvy will then gain certification from The 3% Conference, allowing parent Death Star WPP to continue declaring itself “perhaps the most diverse example of diversity of any single organisation.”