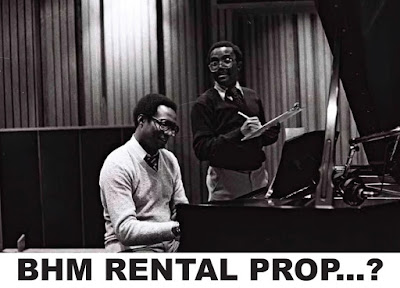 Advertising Age reported Chicago-based OKRP is commemorating Black History Month by saluting Black music. Wow, how original. Maybe the staff will take a field trip to House of Blues. Can’t help but thinks it’s a song-and-dance stunt to create an illusion of cultural progressiveness—that is, PR to look PC.

With the kickoff to Black History Month this week, agencies are beginning to promote their various diversity initiatives and celebrations. (Of course, the best initiative is to simply hire a diverse staff and ensure they have the means to succeed and grow within the company.)

O’Keefe Reinhard & Paul is celebrating Black History Month by showcasing Chicago’s wide-ranging and lesser-known Black music history. Throughout February, in conjunction with 2020 being named the Year of Chicago Music, the Chicago-based agency will be promoting all the songs and sounds that originated in the city’s South Side between 1955 and 1990.

“Chicago music has been at the forefront of music culture for the last 50 years,” Lawrence says. “Almost every relevant culture shift in black music has stemmed from Chicago as of late, changing the face of music as we know it. Chicago has given birth to some of the greatest artists of all time who have in turn had profound influence on other artists around the world. Just consider the impact of Chicago’s Curtis Mayfield, Etta James, Kanye West, Chaka Khan, Chance the Rapper, Earth Wind & Fire, Lupe Fiasco, Ramsey Lewis and the list goes on.”

#312Soul takes a deep dive into the gospel music of the late 1950s and early ‘60s; the political and purpose-driven songs of soul artist Curtis Mayfield; the “Horn Sound of Chicago”; and the birth of house music, among other topics. Among the first video sessions conducted by Lawrence is a conversation with Grammy Hall of Famer Gene Chandler, who explains how he created the 1962 number-one hit “Duke of Earl” (which became his nickname) during a warm-up exercise with his band. There is also a feature on the women who drove Chicago music, the “Soulstress Spotlight,” like The Opals and Chaka Khan. The content, which includes playlists, will be deployed on a weekly basis throughout the month, by era, with week one being dedicated to the 1955-1966 decade.