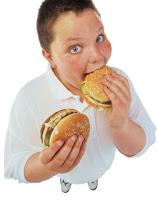 Flunking out with a MultiCultClassics Monologue…

• Mickey D’s decided to drop its sponsorship of school report cards in Seminole County, Florida, following criticism from the public and advocacy groups. The fast feeder was part of a program that rewarded good grades with free Happy Meals. But protestors argued it was a really bad idea given the rise in child obesity. McDonald’s officials announced the company withdrew from the program “because we believe the focus should be on the importance of a good education. …McDonald’s, not the school district, will cover the cost to reprint the report-card jackets …[and] remove our trademarks.” The director of the Campaign for a Commercial-Free Childhood expressed her happiness by saying, “In the absence of needed government regulation to protect schoolchildren from predatory companies like McDonald’s, the burden is on parents to be vigilant about exploitative marketing aimed at children.” Hey, most of the parents are probably too busy filling their faces with Big Macs and Fries.

• One of Mickey D’s advertising agencies, Leo Burnett, dumped 30 workers—approximately 2 percent of its staff—in a corporate restructuring. Restructuring seems to be the new code word for downsizing.

• Chicago Sun-Times advertising columnist Lewis Lazare speculated about the happenings at DDB, McDonald’s other ad agency. Lazare reported that the new CEO might be maneuvering to replace the current creative leader at the agency. DDB also let staffers go recently. Wonder if they’ll rename severance as “restructuring payment.”
Posted by HighJive at 9:15 AM