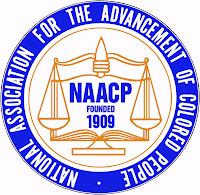 From The Big Tent at AdAge.com…

(Download a copy of the letter at The Big Tent)

The letter, from NAACP Interim General Counsel Angela Ciccolo, was sent in conjunction with the Madison Avenue Project, an effort by the group and Civil Rights attorney Cyrus Mehri to bring diversity to advertising agencies either through persuasion or a law suit. Designed to open up another front in the battle and put pressure on clients, it requests that each company, “identify a senior executive to serve as a point of contact on the issue of racial bias in the advertising industry and to meet promptly with the NAACP.”

After a couple of pages of data combed from MAP’s previously released report, the letter dispenses with the niceties.

It speaks momentarily of previous diversity efforts attempted in the agency world before declaring them ineffective. “To address the issues raised in the report, it is important Procter & Gamble understands that such responses are inadequate and, in some cases, counter-productive. That is why we wish to assist you in designing your approach to this issue. … We would like for you to instruct your advertising agencies to use diverse teams in creative and account management positions.”

The letter was released this morning at 8 a.m. ET. Ad Age will have further coverage, including response from the marketers and complete text of the letter, as the story develops.
Posted by HighJive at 8:38 AM