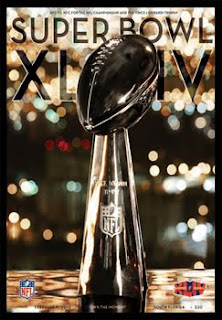 Just wanted to quickly add some color commentary on the Super Bowl study presented by the NAACP and Cyrus Mehri.

First, it’s not even a little bit surprising to learn zero creative directors of color were behind any of the spots. After all, Mehri already presented an earlier report indicating minorities were grossly underrepresented in the senior ranks on Madison Avenue, so it should go without saying they would be virtually invisible on Super Bowl Sunday.

On the other hand, the study reveals the continued lack of respect for minority advertising agencies. The NFL is extraordinarily popular among Black audiences, with Monday Night Football consistently receiving high ratings. However, major advertisers failed to award Super Bowl duties to a single Black agency. Indeed, the spots featuring Black casting were handled by White shops.

But it’s most interesting that the only minority—a Latino—that managed to generate a Super Bowl spot did it via a crowdsourcing contest for Doritos. Madison Avenue keeps whining there is a lack of qualified minority candidates. Additionally, advertising executives seem to believe minorities require special mentoring and extra tutoring in order to work alongside Whites in the field. Yet an untrained minority succeeded in matching the efforts of top-level veterans.

Perhaps it’s time to conduct a study to collect the credentials of Whites on Madison Avenue. How many White applicants who land positions with advertising agencies really have superior qualifications—versus superior connections rooted in cronyism, nepotism and other assorted isms?
Posted by HighJive at 12:15 AM