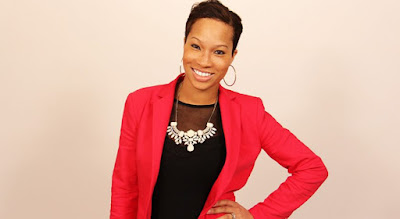 Adweek reported VML created a new position—Director of Inclusion and Cultural Resonance—and delegated diversity promoted a social media staffer to the role. Not sure what “Cultural Resonance” means. To date, the White advertising agency has displayed resounding cultural cluelessness. Hopefully, the fresh leader will fare better than the standard Chief Diversity Officer.

VML announced today that it is promoting God-is Rivera to a new position at the agency: director of inclusion and cultural resonance.

In the new role Rivera will be tasked with energizing the agency’s diversity and inclusion practices across the board, as a member of the HR team. She will report to Ronnie Felder, managing director of human resources, but will also continue to work with clients.

“I am so extremely excited to begin in this new position,” Rivera said. “I am proud to see the level of commitment that VML displays when it comes to the important mission of inclusion and diversity, and I am honored to have the opportunity to further define our voice in this important and necessary space.”

Rivera joined the agency’s social media practice back in 2016 and, according to global CEO Jon Cook, has made an impact when it comes to diversity and inclusion since she joined the agency.

“It became clear that we needed to formalize and expand this as a new, official role to truly continue the momentum and needed progress we want as an agency in this critical aspect of our culture and capability,” Cook said in a statement.

Some of her main focuses moving forward will be to create an inclusive environment for all employees within VML as well as taking a closer look at VML’s hiring practices to boost diverse hires across the agency.

This is long overdue at VML as diversity was nearly non exsistent when I was there. Let alone inclusion. I truly hope it is sincere and it succeeds. All the best.

This is a damn smart woman. Here's to praying that VML is intelligent enough to let her actually do some work instead of making her wrangle brown bag diversity lunches and play host to inner city teenagers visiting the agency for photo ops.

Will that include LGBTQ folks?