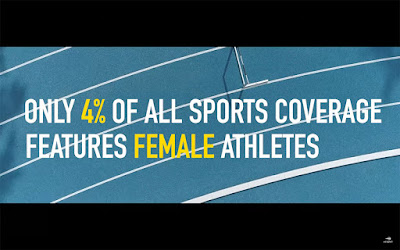 This USTA video—an ace divertisement—was produced by mcgarrybowen and described as follows:

The US Open has a long history supporting Women’s Equality. So, when we uncovered the shocking fact that of all sports covered in America, only 4% features female athletes—we knew the USTA would be all in on bringing awareness to this issue. We decided to launch the campaign on the opening day of the US Open, which serendipitously falls on Women’s Equality Day! The USTA also expanded their partnership with SheIS, a not-for-profit group whose goal is to “leverage the power of women in sports to create a future of, by and for strong women.” Having worked with SheIs since 2018, they were a natural partner to amplify and extend the reach of the campaign.

The campaign goal is simply to get the world to see that women are worth watching and to encourage equal media coverage of men’s and women’s sports. While USTA’s platform is tennis, the campaign challenge extends to all women’s sports. The creative is centered around a call to arms, using the hashtag: #WomenWorthWatching—which serves as an invitation to spread the word. And who better to deliver that message than Billie Jean King herself, a fearless crusader in the fight for women’s visibility and pay equity in sports. She was the perfect voice for our spots.

Um, a White advertising agency with a history of exclusivity and nepotism suddenly promoting gender equality is a tad hypocritical—and a ton hyper-White-mansplaining. 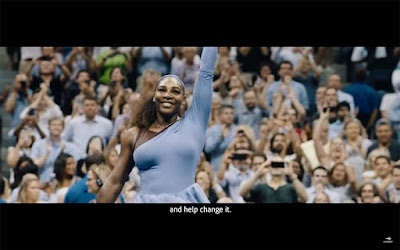 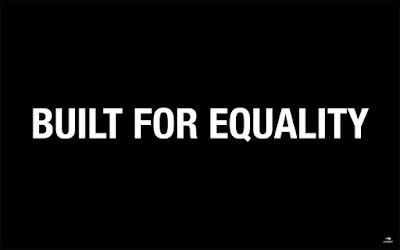