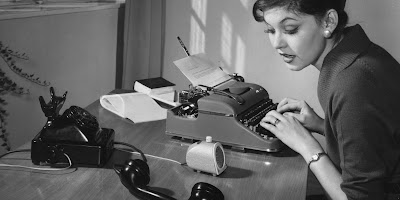 The latest installment of the Digiday confessions series spotlighted a crybaby copywriter whining, “I have to fight to do my job.” Boo-hoo. Actually, the alleged copywriter appears to be very senior—probably a senior citizen—as he/she makes references to the “golden era of advertising” and the “‘80s and ‘90s” with a sense of fond remembrance and longing for the past. According to the confessor, the business today is so terrible because art directors receive greater respect. In contrast, copywriters must collaborate with multiple art directors and have their work constantly scrutinized by account people and clients. Um, art directors being tasked to present endless rounds of royalty-free stock photography options shows they get greater respect…?

‘I have to fight to do my job’: Confessions of a copywriter

Copywriters used to be central to how an agency worked, but the rise of project models is putting a strain on the copywriter-art director partnership. When the work is primarily project-based, agencies are focused on making clients happy at all costs, lessening the role of a copywriter and making the art director more important. It’s causing a strain on the partnership, according to a copywriter at a creative agency who spoke to Digiday for the latest edition of our Confession series, where we exchange anonymity for honesty.

This interview has been lightly edited and condensed for clarity.

What’s it like to be a copywriter at an agency today?

Going back to the golden era of advertising, there was a lot more weightiness to the role of the copywriter. In the ‘80s and ‘90s, it swung to that partner model. Now, it feels like the pendulum has swung even further. Art directors outnumber copywriters. That has reduced the role of a copywriter in a lot of ways.

How outnumbered are you?

I work with four different art directors. How are we that outnumbered? That’s how little they tend to think of copy. I can write a headline in eight seconds, that’s what they think. Yes, technically, that’s how long it would take me to physically type six words. And it does take a lot longer to design an ad. But it’s putting a toll on copywriters because we’re stretched so thin between all the different art directors and projects. On paper, they don’t think we should take that much time writing.

Do you have any examples of how the role of copywriter has been reduced or devalued?

One of the most frequent ones would be the way people flippantly treat copy. The account team may tweak something before they send it to the client. Sometimes I’ll get a brief from the client and project management that is like, “They want it to say this but they thought it sounded boring so they want you to zhuzh it.” I’m not a zhuzher. I’m a writer. I get that a lot. The client doesn’t take photoshop files and change them. We don’t give them access to that. So why am I getting revisions from clients that say, “Just change it to say this.” You’re messing with my work, and it’s not treated to with the same sort of value as the art director’s [work].

Why do you think that’s happening now?

We’re straying further from the agency-of-record world. We’re getting more into projects. It’s becoming more about pleasing the client to get the paycheck instead of creating something meaningful. It becomes a “we’ll just do what they want” mentality because no one wants to fight with the client. Instead of me writing something, it becomes me copy editing or proofreading it. We’re just swapping some words, or we’re trying to make it fit within a character count. That’s not my job. My job is to write things and to think of things; it’s not to make a client’s words sound fresher.

How does that shift change the work environment?

It’s stressful because now I feel like I have to fight to do my job. I have to constantly be reminding people that they can’t change my copy because that’s my job. They don’t think about the copywriter’s presence as being a creative one. They think well, the creative directors are going to come up with all the ideas, the art director will implement the idea and the copywriter will come in, slap a headline on it and call it a day.

How does that play out when it comes to being on-set?

[If] we’re over budget or there’s going to be too many people on set, the first person who’s cut is the copywriter. They always say things like, “Well, you’ve already written the script” or “It’s a photo shoot, you’re not needed.” They don’t think a copywriter’s presence is necessary. To them, it’s the art director that picks out the props, sets up the scene, picks out the wardrobe, points out flaws. Everything is about the art director when it comes to shoots. That’s where the biggest challenge is because people don’t understand that I’m not on set to write on the fly. I’ve never written a word on a set before. That’s not why writers are there. People don’t know why writers are there.

What does a writer do on set? Why do they need to be there?

You’re not only making sure that everything is executed correctly or that the words coming out are the correct ones, but you’re also making sure the story is being told in a cohesive manner. You’re having conversations with the art director and the creative director to make sure that it’s feeling like you want it to feel. It’s not just what you’re seeing but about the mood that’s being encapsulated. The problem now is that the art director is put on a pedestal. The writer’s [role on set is] you stand there, represent and chill out. You raise a finger if you see something going awry or if the photographer is accidentally forgetting to leave room for copy. The art director leads the charge, and you’re not supposed to say anything unless it’s going off the rails.

That sounds like it would fracture the relationship between the art director and copywriter.

Correct. The biggest eye-opener for me was that someone once referred to my partner as my boss on a set. They thought my partner was the one in charge of me and the whole production. That’s my partner. We are equals.

Do you think that perception has a greater impact on the copywriters?

My role has become confused within the industry. People don’t quite understand what I’m supposed to do. Even I don’t understand what I’m supposed to do half of the time. When there’s a lack of understanding about your job role, it creates frustration and animosity. This industry has such a high turnover rate, especially for junior creatives, because they get in there and they’re like, “I’m treated like shit, so I’m not going to do this anymore,” and they leave.