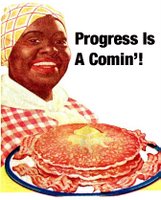 By DIANE CARDWELL and STUART ELLIOTT

Finding that just 2 percent of the upper echelon of the advertising industry is black, New York City officials said yesterday that they had reached agreements with several of the nation’s biggest ad firms forcing them to bring more black managers into this crucial sector of the city’s economy.

The city’s Human Rights Commission found that hiring of black workers had barely improved since an inquiry found similar problems 40 years ago. Of 8,000 employees working for 16 agencies the commission examined, Patricia L. Gatling, chairwoman of the commission, said about 22 percent make more than $100,000 a year, and only 2.5 percent of those are black.

Faced with the findings, nearly a dozen agencies, including those owned by the Interpublic Group of Companies and the WPP Group, have promised to set numerical goals for increasing black representation on their creative and managerial staffs and to report on their progress each year.

Under the agreements, the agencies have agreed to submit to three years of monitoring by the city, under which the companies will report hiring, promotion and retention figures to the commission each year. If they do not meet their goals, they will hire an outside consultant to help them do so, among other measures.

At the same time the companies have agreed to set up diversity boards and to link progress on the issue to their managers’ compensation.

The commission has the authority to fine companies up to $250,000 or to sue them, but officials said that they believed the threat of pressure from agency clients like Pepsi and Citigroup was a more effective stick in bringing corporate leaders to the negotiating table.

“In a city where African-Americans make up one-quarter of the population, with billions of dollars in purchase power, the lack of representation in the advertising industry is completely unacceptable,” Ms. Gatling said at a meeting of the Congressional Black Caucus in Washington yesterday. “There are plenty of secretaries and clerks, but very few African-Americans have risen much higher.”

A former advertising executive first brought the problem to the attention of the commission, which decided to focus on black workers as officials discovered that they were more severely underrepresented than other groups, Ms. Gatling said.

The city’s ad industry has long had a huge economic and symbolic role in New York, accounting for 46,000 jobs in the city. The industry is a crucial part of the media nexus — from TV networks to glossy magazines to Web design firms — that help make New York City the nation’s business capital. And the industry’s failure to hire and promote minorities has put it at odds with its clients as they try to reach an increasingly polyglot consumer marketplace.

By signing the agreements, which also require that agencies establish recruiting and internship programs through universities with large minority student populations, the agency executives can avoid the embarrassing prospect of testifying at public hearings scheduled for Sept. 25, at the start of the industry’s annual gathering, Advertising Week. So far, of the 16 agencies subpoenaed to testify by the commission, only the agencies of the Omnicom Group have declined to work on an agreement, officials said.

The commission’s analysis, which looked at salary levels as well as job titles, indicated that although the major ad firms have black workers, they are largely absent from the most senior or creative levels. Of 476 employees at DDB’s New York office, commission officials said, 51 are black. But of 159 employees making $100,000 or more, only 2 are black. Neither is among the 29 employees earning $200,000 to $300,000 or the 22 employees earning more than $300,000.

Through the years, the advertising industry has tried to make efforts to increase the diversity of its work force, in many instances spurred by agency clients: marketers want the staff members of the agencies to reflect the increasing diversity of the American consumer, so they can better aim their pitches at a multicultural shopper.

One senior executive at a top agency said there had been previous investigations by the commission or its predecessors in 1968 and 1978, which led to reports being issued but nothing more. He spoke only when granted anonymity because he was not authorized to discuss the agreement before it was formally announced.

“The industry generally has recruiting issues,” the senior executive said, adding: “Let’s be honest. Minorities are targeted broadly by everyone: Wall Street, Fortune 100 companies. Your top minority students have lots of opportunities outside advertising.”

Interpublic, which owns agencies like Draft and Gotham, said the decision by four of its agencies to sign agreements with the city commission demonstrated how the firms “will continue to make achieving an increasingly diverse work force and transparency on this issue major corporate priorities,” said Philippe Krakowsky, an executive vice president at Interpublic.

One company not party to the deal is Omnicom, which owns agencies like BBDO, DDB and Merkley. But Omnicom says it is pursuing its own strategy for diversifying its work force, making an arrangement with the City Council that does not involve setting specific hiring goals.

The company has promised to spend, for instance, at least $2.35 million to finance a diversity development program that will include an institute at Medgar Evers College from which the company will hire graduates. And it has pledged to recruit at historically black colleges around the country. The City Council has agreed to put up matching funds of $1 million for the institute.
Posted by HighJive at 7:21 AM

It’s just a move to avoid media scrutiny, almost like a parking ticket. What happens in a year when the percentages of minorities on staff don't change and they use the excuse they ‘couldn't find qualified candidates.’

this is quality. i've actually been snoozing on this whole thing. shoulda been following this. thanks for the update!

5 bucks say the money ends up in some administrator's pocket.

Comic on the topic: