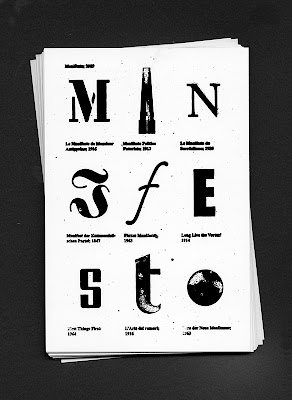 The New America series brought to you by Adweek, Draftfcb and the U.S. Census Bureau closed out February with a Black History Month perspective from Draftfcb President and CEO Laurence Boschetto titled, “Dignified Intolerance: Creating a diverse and inclusive world is not something that should be debated but embraced.” Following a lengthy gushing over Black women in American history, Boschetto dropped the gauntlet:

I recently proclaimed at Draftfcb that by 2014 we will be an organization that no longer uses the term “diversity and inclusion.” We are working tirelessly, from the C-suite to the intern ranks, to foster an atmosphere of inclusion, where everyone is empowered to reach great heights.

As an industry, we all need to embrace diversity and make sure inclusion becomes our rallying cry. A new generation is already recognizing that the “new mass” rejects outdated stereotypes regarding color, gender and sexual orientation. They are cross-cultural and cross-behavioral. Our industry needs to follow suit. It’s not just the right thing to do; it will also boost our bottom line. Companies that don’t mirror the dramatic shifts in our population simply will not survive.

To my fellow CEOs and C-suite executives, change starts with us. We must work together to start a joint uprising that will not tolerate discrimination and exclusion. We must lead by example and mentor our future leaders, instilling in them the knowledge that they should pursue paths they might have thought closed to them. We must tirelessly practice what we preach and prove to the marketplace that we are current, relevant and represent the diverse constituents in the New America we are trying to influence.

That is my stake in the ground. Please add your stakes to mine. Let’s get this movement rolling. It would be an achievement that might just prove to matter most.

In some ways, it’s easy for Boschetto to make such a bold statement, as his agency—or at least his role as Draftfcb President and CEO—will probably be gone by 2014.

But seriously, is it sane for the man to claim his agency will achieve within two years what the industry has failed to accomplish in over 70 years—especially when his own company has demonstrated an absolute inability to simply stop producing offensive and culturally clueless advertising? Boschetto also hollered Draftfcb was “The Agency of the Future” a few years ago, and the world is still waiting for that label to be realized.

Give Boschetto credit for making perhaps the most revolutionary declaration on diversity by a White man in the industry. Too bad that few people will have read his words, as the perspective only appeared in a self-promotional section of a third-rate trade publication. The majority of Madison Avenue leaders can just admit they never got a copy of the memo-manifesto.
Posted by HighJive at 4:09 PM