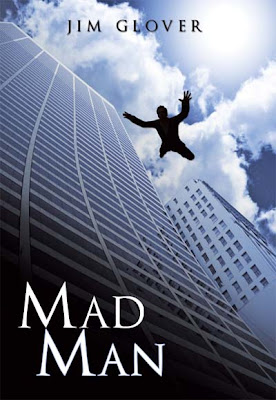 MultiCultClassics read Mad Man by Jim Glover over eight months ago, yet never got around to posting a review. Apologies extended to Mr. Glover. At the same time, it was challenging to think of a unique critique, as Pepper Miller had already published a thorough and thoughtful perspective—prompting provocative comments from professionals including Derek Walker—and Harry Webber also offered a compelling viewpoint on the book. Anyway, that’s the lame excuse for any fuzziness or rambling that may follow here.

It’s important to first recognize that Jim Glover has done what only a handful of adpeople have accomplished in history: specifically, the man has thrived in multicultural/minority advertising agencies and general-market/White advertising agencies. Plus, Glover arguably realized greater success in the White shops (not to downplay the minority efforts). This is an achievement that probably no one can fully appreciate unless you’ve done it too, but the feat is definitely worth noting. While the notion of cross-cultural communications has suddenly become a new idea, Glover has always generated authentic messages that play across multiple audiences. Mad Man is a fresh example of Glover’s mastery of crossover appeal, as the book has the power to resonate with different audiences in different styles for different reasons.

On the most basic level, Mad Man can be categorized in the action/suspense genre, as lead character Randall Joseph winds through a complex maze of mystery, mishaps and adventure. The story features plenty of twists, turns, treachery, sex, schemes, guns, explosions and car chases. So for the casual and/or culturally clueless reader, the book will provide decent entertainment value.

Mad Man serves as social commentary on a number of levels. It’s a rant against toxic workplaces and asshole supervisors, which will certainly please enthusiasts of vehicles like Agency Spy, Horrible Bosses or even Glassdoor. Why, everyone enjoys fantasizing about exacting revenge on moronic managers. Glover’s piece reflects elements from works such as Knock the Hustle by Hadji Williams and The Spook Who Sat By The Door by Sam Greenlee too. Mad Man also probes the inequities and insults faced by minorities in the predominately White advertising industry. Hence, anyone concerned with the dearth of diversity on Madison Avenue will experience intellectual stimulation throughout the roughly 300 pages.

On extra levels, Mad Man is a generational account. AMC series Mad Men spotlights Madison Avenue in the 1960s, and Mad Man stars adpeople who ignited the 1970s and 1980s. Yes, the characters and situations are set in modern times, but there are underlying currents on aging in a business often deemed a young person’s game. Additionally, the book promotes factual and fictional components like a cross between Madison Avenue and the Color Line by Jason Chambers and Presumed Innocent by Scott Turow. (Okay, maybe the Turow comparison is not perfect, but it’s hard to name contemporary fictional works centered on the ad field.)

Mad Man straddles the fence of rumors and gossip as well. The book jacket positions it as “The Exciting New Thriller That Madison Avenue Doesn’t Want You To Read.” Certain agency bigwigs may not want the story perused either. People familiar with the Chicago advertising community will have little trouble identifying the real honchos who influenced the fabrication of key figures in the tale. Can’t imagine the book will help Glover land future gigs at Leo Burnett or DDB, provided he ever wants to return to his previous employers.

In some respects, Mad Man appears to be a form of therapy for the author, exploring and exposing a range of feelings covering family, career, self-worth, dignity and human existence. The advertising business introduces a unique series of trials and tribulations that constantly test one’s spirit. From the opening scene of an associate’s suicide to the afterword that reveals personal inspirations, Mad Man allows Randall Joseph and Jim Glover to contemplate the meaning of life as an adman.

It’s hard to guess what’s next for Jim Glover. Will he continue to invent campaigns, join the copywriters who became authors or land somewhere else entirely? For now, Mad Man is another terrific milestone in a great career—and a special book that will delight a variety of readers in myriad ways. 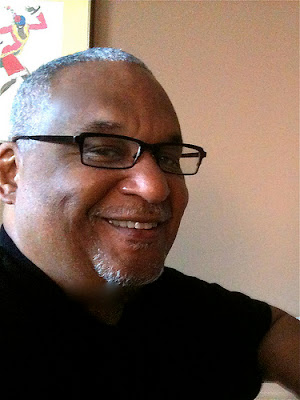