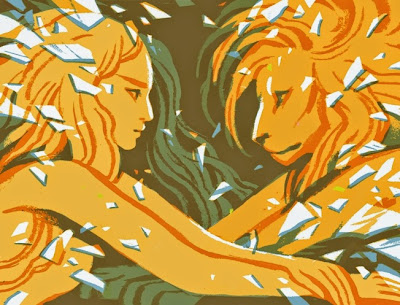 Adweek reported on the latest bullshit from Cannes, where a Glass Lion Award is being introduced to honor work that “shatters gender bias.” Um, crap like Dove Real Beauty has been winning trophies at Cannes already. What’s the point of further appeasing White women whiners? Of course, it’s just another smokescreen to divert attention from the true problem: adland’s despicable and discriminatory dearth of diversity. Why not launch an exclusive award for diversity advertising? Call it the Ass Lyin’ Award.

It’s time for a Glass Lion

Industry activist Cindy Gallop said she is shocked over her selection as jury president for the new Cannes Glass Lion award, considering she’s been a bit of a thorn in its paw. The former advertising exec got to know the Lions Festival director of brand strategy, Senta Slingerland, last year after taking to Twitter to criticize the awards’ lack of female representation on its juries.

Turns out Slingerland shared many of Gallop’s concerns about the ad industry’s male-dominated creative ranks and the Lions exec was already thinking of ways to elevate women through Cannes involvement and initiatives.

Gallop, the former chief of Bartle Bogle Hegarty New York and now founder of the IfWeRanTheWorld consultancy, doesn’t see the award as one espousing new gender stereotypes. “This is not an award showing women in wildly empowered situations—it’s not about marginalizing women. It’s about celebrating them and should show great work that represents the world around us today,” she explained. “Young men as well as young women should want to win this award with great work that reflects the future of our industry.”

Gallop said she’s looking to draw creative types from beyond the agency world in making up the judging pool of eight. The gender split has yet to be determined.

Industry award competitions are making female recognition a greater focus. While the Clio Awards (Adweek’s sibling) doesn’t recognize the specific characterization of women in advertising, last year the show changed its policy to ensure there always will be a 50/50 male/female jury.

Proceeds from Glass Lion entries are being donated back into a program that Slingerland said “helps the mission of creating a more gender-neutral media landscape, free of unconscious bias.”

In recent weeks, rumors had circulated of a new female-focused award after a short video from DDB Sydney hit the Web, proposing a new “Lioness” category to challenge gender-based objectification in advertising. Slingerland calls the DDB video a “happy coincidence” to a plan already in progress.

“The way gender is represented in marketing has a negative impact on not only women but on society as a whole. Rewarding work that aims to change that is a hugely important thing for us to do,” said Slingerland, adding that the genesis of the Glass Lion began with a new female initiative at Cannes. “We launched ‘See It Be It’ last year not only to help accelerate the careers of very talented female creatives, but also to draw attention to the lack of female creative directors.”

Twelve industry women, below the level of creative director, were invited to Cannes last year and given access to industry leaders and festival speakers such as Facebook COO Sheryl Sandberg, who urged Cannes organizers to launch the award. Cannes will host “See It Be It” again this year; nominations can be made through canneslions.com, starting in March.