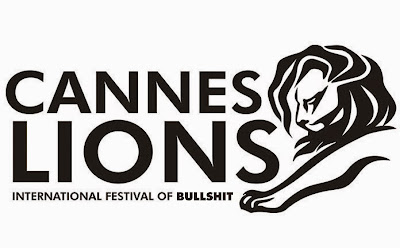 Adweek reported Cannes named nine jurors for the Glass Lion trophy introduced to salute work that “breaks through unconscious gender bias” and “shatters stereotypical portrayals of men and women.” The jury will include Leo Burnett CCO Susan Credle, who once said that she never thought the advertising business would be tough for a woman. However, Credle’s agency does admit that minorities face definite disadvantages in the field. Adweek also wrote, “While the award will initially spotlight gender, festival organizers said it could highlight other cultural issues down the line.” Yep, unconscious gender bias consciously trumps diversity.

The Cannes Lions festival has today named the nine jurors responsible for awarding its inaugural Glass Lion, or Lion for Change. Launched with a focus on gender, the new award will celebrate work that “breaks through unconscious gender bias” and “shatters stereotypical portrayals of men and women.”

“I want every single creative in every country around the world to desperately want to win the Glass Lion,” said Gallop in a statement. “The work that wins this award represents The New Creativity: the gold standard for creative and socio-cultural change in our industry.”

Gallop is joined by Marcello Serpa, partner and co-president of the board for AlmapBBDO in Brazil; Catherine Emprin, managing director of BETC in France; Tista Sen, national cd and svp of JWT in India; Laura Jordan Bambach, creative partner of Mr. President in the U.K.; Nick Bailey, CEO and ecd of Isobar in the U.K.; Susan Credle, CCO of Leo Burnett in Chicago; Gail Heimann, president of Weber Shandwick in New York; Jennifer Siebel Newsom, founder and CEO of The Representation Project; and Elizabeth Nyamayaro, senior advisor to Under Secretary-General of UN Women and head of the @HeForShe Campaign.

“That’s why it’s particularly exciting to see not just a truly international mix in the jury, but also a mix of viewpoints from both within and from outside our industry.”

While the award will initially spotlight gender, festival organizers said it could highlight other cultural issues down the line.

Since the beginning Diversity has not been a core value of the advertising industry. For these agencies, there is no current incentive to switch now in 2015. Clients are still sticking with them. There is no pressure of a looming federal investigation into hiring practices. Diversity initiatives are just a smoke screen, to a larger problematic issues of racism that exists.

Not gonna be ethnic diversity initiatives much longer. The agencies are already starting to pull back and quietly get rid of their "diversity directors" one by one.

Nobody else has noticed this? The flood of former agency multicultural consultants, always black, that has popped up looking for new jobs in the last 6 months?

That gig's going the way of the dinosaur.