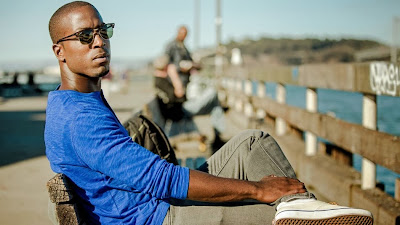 How One Man Is Tackling Tech’s Diversity Problem

The tech industry isn’t a hub of cultural diversity, that much we know. In fact, according to a Human Capital Venture Capital report — the only study ever conducted on VC-backed founders and their race, gender, education and age — 87% of founders are white and 92% of them are male.

Those numbers have hit the public sphere, and programs such as CNN’s “Black In America: The New Promised Land: Silicon Valley” have used the HCVC report to drive home the Valley’s lack of diversity. But few are actively addressing the issue with viable solutions quite like Tristan Walker.

Tristan Walker, former VP of business development at Foursquare, knows exactly what it takes to reach the top of the tech industry among a crowd that is significantly skewed toward white males. In 2012, Walker left Foursquare to become an “Entrepreneur in Residence” at Andreessen Horowitz, and while he works on his new, yet-undisclosed venture, he is paying it forward with his fellowship program CODE2040, which helps young black and Latino engineers get their foot in the door in Silicon Valley.

“CODE2040 is my pride and joy,” says Walker. “The goal of it is to get the top performing black and Latino engineering undergraduates internships in the technology space, specifically Silicon Valley. We want to give them the tools and access they need to be incredibly successful.”

During the program’s inaugural 2012 summer session, CODE2040 hosted five fellows, providing guidance, mentors and a chance to hear the likes of Mike Abbott, a leading venture capitalist, speak in an off-the-record fashion about the industry.

The fellows also had exposure to media training with Bloomberg’s Emily Chang. “We tell these guys, you always got to know your pitch because you never know when folks might ask you what you do, why you do it, how you do it,” says Walker. “So we mock on-air interviews.”

And how is Silicon Valley reacting to the opportunity for diversity within their summer internships?

“Pretty much all of the startups were very excited about the work that all of the fellows did. Most, if not all of them, will be back on next summer, which we are really proud of,” says Walker.

“It is really important for us to bring really high quality engineering talent to these startups and what we found, which is really great, is that that talent exists! A lot of startups would say, ‘Well, diversity is a big, important thing for us to think about, but we just can’t find the talent.’ And I think we call their bluff on a lot of that.”

Studies have shown, too, that in coming decades, the current minority-majority demographics will radically change, and for the tech industry — an industry solidly built on innovation and being ahead of the curve — that means change needs to happen now.

“When you think about what all the research suggests and about the fact that this demographic, and a lot of folks would agree, is the most culturally influential demographic in the world, you combine that with all the innovation and the early adopting-ness of Silicon Valley, and really special things can happen. That’s where a lot of the billion-dollar-plus opportunities lie.”

As for Walker’s own advice to the fellows who are accepted to the program, he tries to give them as much perspective as possible.

“It really starts with one thing: You really don’t get what you don’t ask for. I tell these folks to really pursue the dream that they have with vigor, but mostly, also having the faith that things can, will and probably should work out,” he says.