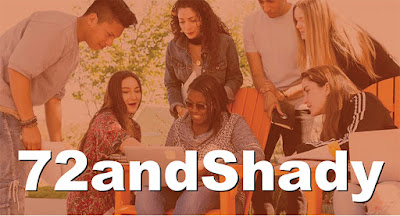 Adweek reported White advertising agency 72andSunny invented “The 72andSunny Playbook” to ignite inclusion and “expand and diversify the creative class” across the industry. A peek at 72andSunny leadership—as well as agency work recently produced—shows the organization is hardly qualified to instruct anyone on extinguishing exclusivity. The White advertising agency views the publishing effort as pioneering, trailblazing and groundbreaking, but it’s really self-absorbed bullshitting. “One of the things we’ve realized over the last six months to a year, was the more conversations we’ve had with people the more we’ve realized there’s an unmet need for sharing the basics of how to even get started,” explained 72andSunny COO Partner Evin Shutt. “It’s a daunting thing to jump in to especially if you’re a smaller company, even a bigger company, figuring out how to do this.” Actually, it’s daunting if you’re a culturally clueless ignoramus. Shutt’s statement reflects a sadly common response to diversity from typical advertising executives. That is, advertising executives confronted with addressing diversity tend to hit the reset button—seemingly presuming they are facing an undiscovered country with unprecedented challenges that no one in the history of advertising has ever encountered. The truth is, the only people who see an “unmet need” are uneducated, unconcerned, uninterested and just plain lazy. There are plenty of existing resources to help. Why, the 4A’s literally published a diversity how-to book by Adonis Hoffman many years ago. Plus, it’s easy to acquire classic tomes like Beyond Race and Gender and Redefining Diversity by the late Dr. R. Roosevelt Thomas Jr. White advertising agencies are encouraged to check out Corporate Tribalism by Thomas Kochman and Jean Mavrelis too. Sorry, but finding diversity solutions simply involves two directives: 1) open your eyes, and; 2) open your mind. Instead, White advertising agencies opt to print playbooks, zines, comic books and other patronizing publications. Anything to avoid taking constructive, measurable and professional action.

Offering key insights as well as actions organizations can take

72andSunny wants the whole industry to be more diverse, not just its own offices. Today its North American operation (L.A. and New York) are launching a diversity playbook, “The 72andSunny Playbook.” The goal of the playbook is to “expand and diversify the creative class.”

The whole purpose of putting these findings out there for the world to read is for others in the business to “steal” them and learn from them.

“One of the things we’ve realized over the last six months to a year, was the more conversations we’ve had with people the more we’ve realized there’s an unmet need for sharing the basics of how to even get started. It’s a daunting thing to jump in to especially if you’re a smaller company, even a bigger company, figuring out how to do this,” Evin Shutt, COO, partner, 72andSunny, said.

The playbook focuses on the creative class–the second fastest growing job class, according to 72andSunny–which represents one third of the total workforce. Unfortunately the creative class doesn’t accurately portray society at large, and 72andSunny wants to help correct that.

With that in mind, 72andSunny got to work pulling all of its insights and learnings into one document that it is now sharing broadly.

“[Diversity] is bigger than all of us and so important that we need to share it. As an industry the only way to move forward is through openly sharing and having these conversations. Our hope is it can be a catalyst for that,” Shutt added.

Inside the playbook companies will find nine key points, or plays, from “set clear, measurable goals,” to “invest in bespoke retention programs.” Each play includes an insight that 72andSunny has learned in the past few years about diversity, an approach that either worked well for the agency or did not and what the team learned from that approach.

“We don’t know it all by any means, we need to learn a lot. We’ve included a bit of the stuff we’ve learned the hard way. The stuff that’s in there is everything from internal programs to recruitment programs to external partners both within our industry and outside our industry,” Shutt added.

One play that Shutt finds most helpful is the scorecard designed to help agencies and clients make strategic decisions without hurting people’s feelings or stepping on any toes.

The idea behind the scorecard is that sometimes there are so many good ideas out there, but only so much bandwidth to bring them to life. The scorecard (basically just a checklist) helps filter out the best ideas that align with the company’s business. Does this idea build the creative class? Does it generate wide-scale interest for the staff? Does it grow diversity? All are criteria 72andSunny uses to decide whether or not and idea is worth pursuing.

Another play suggests that “saying yes to other people’s good ideas” is a great way to boost diversity. The playbook explains that in the creative business there’s a tendency to shut out other creative ideas from competitors or other companies. “We’d rather channel the energy we’d bring trying to beat something, into making it better,” the playbook says.

72andSunny lists a host of initiatives that it has invested in, from Free the Bid to AdColor and One Club: Here Are All the Black People. The takeaway here is that other agencies wanting to become more inclusive and diverse should invest in existing industry initiatives because sometimes it makes more sense to learn from others rather than learning on your own.

You might ask why 72andSunny’s playbook should be something your company adopts. At the end of the playbook the agency shared some of its own numbers, highlighting that while its not perfect, the organization is trying to change its own diversity metrics.

In the past few years 72andSunny has introduced the creative class (and all the opportunities people can have within that class) to 10,000 people. The agency is 6 percent away from reflecting the U.S. population in terms of diversity. Fifteen percent of the agency’s creative directors are women (globally) and 35 percent of employees at the group director level and above are women.

72andSunny’s playbook, for the time being, focuses on learnings from its New York and L.A. offices, but the agency is already talking about how its three international operations (Amsterdam, Singapore and Sydney) can be part of the 2.0 version.

“Obviously what it means to diversify the creative class in those markets is a lot different,” explained Shutt. “We’re just at different stages of it. Version 2.0 will include what they are doing and what their focuses are.”

Both version 1.0 and 2.0 are housed in an agency Google doc so that team members can continue to edit, change and make notes as internal and external feedback comes in.

Ever seen how that agency markets themselves to clients? 72andSunny loves loves loves it some international diversity. That's where they spend millions and millions of dollars each year hiring people from abroad, and completely ignore the diversity in the US cities surrounding them.

Black and brown locals have to be happy with low level administration jobs and working in the parking lot and maintenance crews.

Tally up the amount of money they spend each year on the international hires they use as proof of what diversity experts they are, versus the LinkedIn profiles of who has a full time career there sometime (hint, white white white). It's enlightening.