14624: Mentioning Mentors For The Marginalized. Meh. 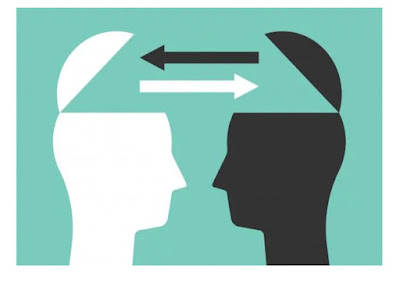 Why mentorships matter for the marginalized

A study shows the benefits of not going it alone

We all know the discouraging stats when it comes to underrepresented groups in corporate leadership roles. Only 5 percent of the S&P 500 CEOs are women. There are just three black CEOs at Fortune 500 companies, the lowest figure since 2002, and only three CEOs from the LGBTQ community as of last July, according to the January 2019 Fortune 500 list.

As a gay C-suite executive, I consider myself lucky to work in an environment that celebrates diversity and inclusion. But I didn’t get here alone. Having strong mentorship early in my professional development helped propel me and prepare me for leadership in a way I couldn’t have designed for myself. One mentor, the late Don Harley, who had worked at the University of New Hampshire while I was a woefully unconfident sophomore there, gave me sage perspective whenever I failed, and kept me humble when I achieved. His fundamental faith in my nascent abilities ignited a self-reliance that laid the foundation of my career. And while I’ll always be a work-in-progress, I’m a far better leader because of the mentors, like Don, I’ve had along the way.

I’ve always believed in the old adage that success happens when preparation meets opportunity, and mentorship plays a big role in that formula. I was curious whether any correlation existed between feeling successful as an underrepresented leader and being mentored, so I worked with our in-house research organization, Origin, to field a study of more than 2,600 working Americans. After segmenting the results into various underrepresented groups (women, people of color and LGBTQ), a clear pattern emerged.

People of color with mentors tend to believe their talents are being used:

Sixty-five percent of people of color who responded to the survey and have had a mentor agree that all of their talents are being used at work, compared to 45 percent of those who have not been mentored. They are more likely to believe management is concerned about them, feel they receive recognition for a job well done, and say their wages are good. In fact, 20 percent of people of color surveyed who have had mentors reported earning a salary above six figures, compared to only 8 percent who have never had a mentor.

No matter how the data gets cut, underrepresented employees benefited from having had mentors, which highlights the need for companies to invest in mentorship programs that embrace diversity and inclusion.

Yet despite good intentions, in my experience corporate mentorship efforts tend to fail if they’re overly fabricated, rigid or mandatory. A serendipitous mentor-to-mentee relationship is arguably far more effective than a forced one. And that’s why companies aren’t the only ones on the hook for this.

Some of the most authentic mentoring relationships happen when they’re organically initiated, either by the mentor or the mentee. Potential mentors should use their past experiences to nurture instinctive mentee matches by reaching out to underrepresented high-potential employees. And with a little courage, simply asking a respected leader to mentor them is the best tool for mentee hand-raisers to find their perfect match.

If ever the scales of representation in corporate leadership roles are to get balanced, it has to start with underrepresented leaders-in-the-making believing in themselves. And that’s why mentorship is so important. As my mentor, Don, once told me decades ago, “People need to believe that they matter. The good leader makes people transcend the feeling that they are just a cog in the wheel or a brick in the wall—they matter as part of the team.”