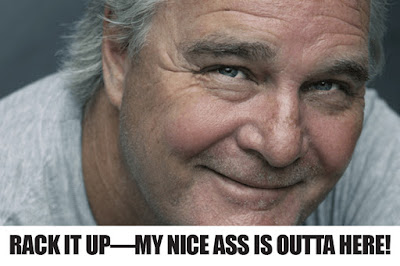 Adweek reported IPG and McCann settled the defamation lawsuit filed by ex-McCann Health CCO Jeremy Perrott, fired for allegedly violating a code of conduct—which, in Perrott’s case, involved alleged instances of commenting on the “nice rack” and “nice ass” of coworkers. As the settlement details are confidential, it’s impossible to know if Perrott collected any of the $25 million in damages he was seeking. To recall, Perrott had blasted IPG Chairman and CEO Michael Roth for jumping on the #MeToo bandwagon and creating a toxic work environment for White men. The official court document—posted by Adweek—doesn’t state anything beyond the settlement agreement. Why, it’s similar to the legal disclaimers that routinely appear on the pharma advertising practitioners like Perrott create, in terms of not really presenting clear communication. Maybe Perrott should talk to his lawyer to create the right treatment plan for his career.

He was fired for alleged behavioral violations last July

“Jeremy Perrott filed his complaint in October of 2018 claiming that IPG and McCann defamed him. IPG and McCann filed an answer in Court denying the allegations in Mr. Perrott’s complaint and moved to dismiss the complaint on the ground that it lacked merit,” read a joint statement from agency and holding company. “The Parties have resolved the matter in a manner acceptable and confidential.”

Neither Perrott nor his legal counsel have responded to multiple requests for comment on the case. In January, McCann hired former JWT creative lead Matt Eastwood to succeed Perrott.

McCann Health fired Perrott last July, following an investigation into “a complaint about a violation of our Code of Conduct,” an agency spokesperson said at the time. Perrott claimed he was terminated unexpectedly for using “inappropriate language” and sued McCann Health and IPG for “defamation, tortious interference with contract, common law conspiracy and gross negligence,” claiming that IPG and McCann leaked news of his firing and that its statement was defamatory. The news then spread, Perrott’s lawyers argued, in a way which was damaging to his reputation, “making him an instant pariah.”

Court documents revealed that Perrott allegedly made inappropriate remarks to multiple women regarding their appearance in violation of McCann’s sexual harassment policy. Specifically, it claimed he told a woman in an elevator at the agency’s headquarters in New York that she had a “nice rack” and that he said “nice ass” to another woman. Perrott denied both claims, and the suit subsequently filed by his lawyer attributed his firing to an “unjust corporate culture of #MeToo and #TimesUp appeasement.” It also named former Martin Agency chief creative officer Joe Alexander as another victim of a “toxic policy” that “spares no male at IPG, MWG or McCann Health.”

This month’s confidential settlement now ensures the suit will not reach a discovery phase, which means the female McCann employees who accused Perrott of harassing them will not be forced to reveal their names or testify against him in court.

The settlement document itself offers little in the way of details. It renders moot previous motions from IPG and McCann to dismiss the case, along with a request for a “protective order barring certain of plaintiff’s jurisdictional discovery” and a renewed motion to stay discovery.

Below is the letter confirming the settlement as signed by Judge Robert E. Payne of the U.S. District Court of Eastern Virginia on May 15.