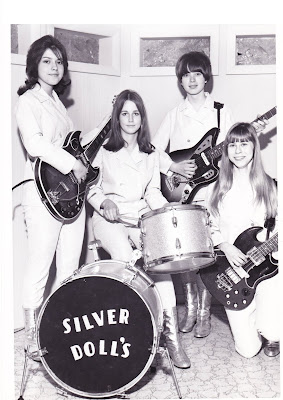 Adweek published a divertsity ditty from Music Audience Exchange VP of Marketing Rosemary Waldrip, who performed a bitching ballad on the underrepresentation of women in music. Gee, this could lead to progress for female rappers and recording artists, because everyone knows White advertising agencies love hip hop.

Why Marketers Need to Push for Inclusivity in Music

Women are increasingly demanding a seat at the table. This cultural shift means marketers need to rethink female representation in their marketing to general audiences, particularly as they use music to engage consumers.

Consider the data on music’s gender gap. Only 9 percent of the 899 individuals who were nominated for a Grammy Award between 2013 and 2018 were women, according to data compiled by professor Stacy L. Smith of the USC Annenberg Inclusion Initiative.

And while the awards shows may be starting to showcase more female artists this year, the industry trends are actually going in the wrong direction. In 2017, 83 percent of music industry artists were men and only 17 percent were women, a six-year low for female artists. But here’s the most alarming data point: of the 651 music producers in the study, 98 percent were male and only 2 percent female.

This disparity is troubling in its own right, but it’s especially damaging because of music’s outsized effect on culture. Music shapes our sense of how things are done “around here,” whether “here” is a country music venue in Nashville, a media company boardroom or our culture at large. Consequently, as marketers adapt to meet evolving consumer expectations, they should also reconsider their approach to incorporating female voices, both in the office and in terms of the music they choose to associate their brands with.

Rather than the simplistic assumption that female artists are only relevant to female audiences, marketers should look at the data. By digging deep into a target segment’s psychographic, demographic, geographic and behavioral attributes, marketers gain insight into what music influences those consumers and how they can leverage those insights to build affinity for their brand.

Female musicians often tell incredible, human stories. They speak out about real causes that matter to them, and their voices can lend authenticity to brands that want to join important cultural conversations.

Even if marketers aren’t aligning their brands with a cause, female voices matter because they drive impact. According to studies from Westwood One, female voices outperformed male counterparts for favorability, brand recall, relevance, memorability and engagement.

Include female artists in recommendations

I’ve never seen a buyer persona that returned an all-male list of matching artists the brand should consider partnering with. While sometimes it might not make sense for a specific campaign, keep in mind that there are plenty of female artists in every genre. Ask your partners or agencies to prioritize inclusivity by making sure that female artists are represented in the RFP process.

See representation as a tool for growth

Firms that rank in the top quartile for gender diversity are 21 percent more likely to overperform on profitability, according to a McKinsey report. Unfortunately, some see representation as code for taking a man’s job and giving it to a woman. That’s a scarcity mindset that punishes everyone, and it also runs contrary to the marketer’s primary mission to achieve growth.

Rather than pitting men and women against each other, use a mindset that sees the opportunity in representation. Instead of mandating progress for its own sake, we can insist on growth by making the case that new voices bring new opportunities. By welcoming more female voices, marketers better align brands with consumers, and in turn, grow their business.