14629: Running In Circles To Address Divertsity And Diversity. 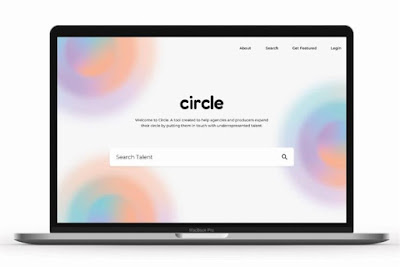 Campaign reported on another divertsity device—Grow Your Circle—invented by White advertising agency Forsman & Bodenfors New York. According to Campaign, Grow Your Circle is “a platform that allows ad agencies and commercial producers to find people from all backgrounds.” Gee, how many similar lists and resources are currently available to represent the underrepresented? To create the redundant heat shield, Forsman & Bodenfors New York coughed up $500,000 of its own loot, which will probably be written off as a tax deduction. The White advertising agency was allegedly inspired to act after struggling on a project to assemble an entire production with a female-only crew. Were they also operating with a female-only agency team? Whatever. It’s interesting to note that the Forsman & Bodenfors website fails to display the makeup of its own leadership and staff. Then again, maybe it’s not that interesting. Or surprising.

Forsman & Bodenfors New York created Grow Your Circle as a home for underrepresented people with skills to slay just as much as that old white guy you know.

There are zero excuses for not taking on diverse talent.

Here’s another reason why: Forsman & Bodenfors New York has launched a platform that allows ad agencies and commercial producers to find people from all backgrounds.

Grow Your Circle is the result of a $500,000 investment of the agency’s own money after it set out to run an entire production with a female-only crew and struggled.

Amber Wimmer, interactive production lead at F&B NY, said: “Grow Your Circle provides a platform, a voice, and an opportunity for underrepresented talent across all production disciplines.

“There is so much unseen talent in this industry; Circle champions intersectionality and inclusion while allowing agency producers and production houses to dig a bit deeper to better tell authentic stories for brands.

“We hope Circle inspires the industry to recognize the power of their buying decisions, fulfills our responsibility to help minimize the inequality across the production industry, and creates better work as a result of it.”

The digital tool allows agencies and producers to find underrepresented talent in the U.S. from disciplines across all types of production including film, digital, and experiential. More importantly, it gives access to many other entrepreneurs, like those who identify as LGBTQ+, come from diverse backgrounds or live with a disability.

Since the platform soft-launched at the 3% Movement conference in November 2018, membership has skyrocketed with partners and talent including 72andSunny and Droga5, and independent production companies Prettybird, WAX, and Armada.

The new tool is part of a larger F&B effort to fight inequities in the industry. An inaugural member of the 3% Movement, the agency recently achieved 100 percent pay parity.

I can't believe an agency legit dropped half a million dollars on a system every single holding company, competing agency and brand already has and doesn't use.

Actually, I can believe they'd do that. It's Diversity 101.

There's no shortage of diversity databases up and down the entire industry, but all the lists in the world don't help when nobody in power uses them, and no one actually cares. You can't force people with hiring and contracting power to look outside their own social circle, and all this new version does is drop a massive load of cash down the circle known as a toilet.