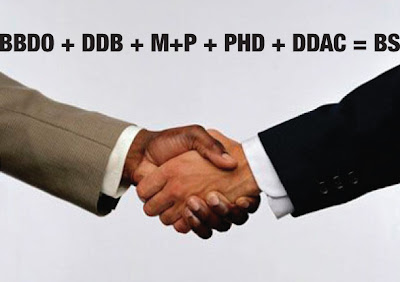 NEW YORK -- Omnicom Group Inc., a leading global and corporate communications company, announced the creation of the Omnicom Diversity Development Advisory Committee (DDAC), which will focus on the development of initiatives that will enhance diversity at Omnicom, and by extension, throughout the advertising industry. Omnicom has committed $1.25 million over five years to this initiative.

Omnicom’s President and Chief Executive Officer John D. Wren stated, “I am proud to stand with H. Carl McCall, Omnicom’s DDAC Chair, and lead this unprecedented effort to enhance diversity in the advertising industry. I am especially grateful for the leadership of City Council Speaker Quinn and Council Member Seabrook in this important endeavor.”

City Council Speaker Christine C. Quinn said, “The City Council has long been advocating for increased diversity in the advertising industry. I am extremely proud that the City Council, led by Council Member Seabrook, has worked closely with Omnicom to create this distinguished committee. With this commitment, Omnicom is placing itself at the forefront of diversity efforts in advertising, and we hope that this can serve as a model for the entire industry.”

Council Member Seabrook said, “I thank CEO Wren and his team for working closely with the City Council for the past year and hope that the DDAC’s efforts will transform the advertising industry into a model of diversity.”

Omnicom’s DDAC Chair H. Carl McCall stated, “I am honored to serve the DDAC and look forward to working with Committee members to identify and develop initiatives to improve diversity in the advertising industry.”

The Omnicom DDAC is comprised of eight (8) notable business and community leaders, as well as past and present Omnicom executives.

Darwin M. Davis, Jr.: President and CEO, New York Urban League; has served on various nonprofit advisory boards, including the New York City Procurement Advisory Board and the Consortium of Central Harlem Development, which successfully built $125 million in housing and commercial property in Central Harlem during the 1990s.

R. Vann Graves-Vice President: Associate Creative Director, BBDO (an Omnicom operating company); former co-chair of the executive board for the American Association of Advertising Agencies’ Multicultural Advertising Intern Program (MAIP), Board of Managers at the Harlem YMCA, and Board of Trustees for the Pratt Institute.

Weldon Latham, Counselor to the DDAC, Chair of the Corporate Diversity Counseling Group of Davis Wright Tremaine LLP, and advisor to numerous Fortune 500 clients on corporate diversity matters, praised John Wren for his leadership in establishing the DDAC, and congratulated the New York City Council and DDAC members for their commitments to this important endeavor. Latham stated, “With team work from leaders of the New York City Council and the largest worldwide marketing and communications company, achieving diversity representation can be changed from a persistent problem to a competitive edge.”

This historic event can be summed up in four words: Whoop de damn doo.

In September 2006, Omnicom balked at joining the other Madison Avenue agencies that signed diversity pacts with New York City’s Commission on Human Rights (click on the essay title above to read Essay 1052). Omnicom inevitably relented, prompting an executive familiar with the negotiations to say, “What Omnicom’s move was about was to try to get around the commission. But they overplayed their hand.”

At the time, Omnicom had pledged $2.5 million over the next five years. Not sure how the DDAC’s $1.25 million fits into the grand total.

So it appears the first year of Omnicom’s official diversity efforts hatched a brand new committee. Wow. Guess we can expect another milestone to take place in 2008 when Omnicom considers actually hiring a minority. Or at very least, creates a spiffy logo and jingle for the DDAC.

At this pace, everything should be accomplished sometime in the 22nd century. But don’t hold your breath.
Posted by HighJive at 9:32 PM

Didn’t they just cut and paste that release from least year?

Probably. But they had a new committee to do it.