A recent post at Agency Spy speculated on the state of affairs at Nicholson Kovac, intimately detailing management shifts and high-level departures. While scanning the insider scoops, one can’t help but wonder, “Who the fuck is Nicholson Kovac?”

In case you’re interested—and you really shouldn’t be—the 25-year-old Kansas City agency boasts integrated services for a handful of nondescript clients. (That’s co-founder Pete Kovac pictured above.) With all due respect, it’s doubtful anyone outside of the Kansas City metro area has ever heard of the joint. Hell, it’s safe to bet the majority of lifelong KC residents couldn’t identify the shop.

But there it is, taking an online beating for the entire ad universe to witness. A Nicholson Kovac executive even went so far as to tell Agency Spy, “The false rumors and allegations you reference appear to be the work of someone attempting to use your blog as a means of settling some personal score. Whomever is circulating these falsehoods may well be subject to legal action, and we would advise Agency Spy not to become party to this obvious attempt to malign NK.”

Yet behind the overblown drama is a semi-disturbing trend: The Revenge of the Disgruntled Ad Employee. Or in most cases, Ex-Employee.

The terminated are becoming the terminators. They’re mad as hell and they’re not going to take this anymore. So they’re going postal with posts, broadcasting the dysfunctional, irresponsible and allegedly criminal transgressions of former bosses. Why, there’s more dirty laundry than a Tide with Bleach convention. 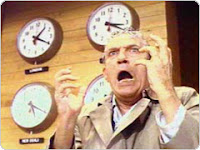