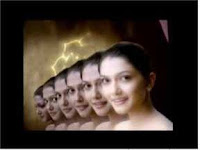 Women’s fairness creams -- which work to lighten skin color -- is a large product category in India and has from time to time attracted the attention of feminists as being a regressive offering that perpetuates fair skin as a yardstick of beauty, a symptom of our “colonial hangover.”

Over the years, the promise of these creams has moved from you can find a husband if you are fair to the idea that a lighter skin tone will get you a job. Progressive ads have shown women having the upper hand in choosing partners, and the jobs they can get have moved from air hostesses (traditionally a “modern” profession according to the large Indian middle class) to cricket commentators, reflecting a more recent male bastion that the Indian woman has stormed! Meanwhile, realizing that a fair (pun unintended!) percentage of users were men, the market has seen the launch of new brands of fairness creams for men, like Unilever’s Fair & Handsome.

Lowe’s latest ad for Fair & Lovely, the largest brand in the women’s fairness creams category, has moved the needle further. The story revolves around a man who is pushed to extreme measures to get his bulging waistline into shape because of the effect the woman has on him, with the tagline “The power of beauty.” Surely, a telling comment on the changing status of women in Indian society. From “I’m worried about whether the man will accept me” to “See what an effect I have on the man.”

You really have come a long way, baby!
Posted by HighJive at 4:54 PM