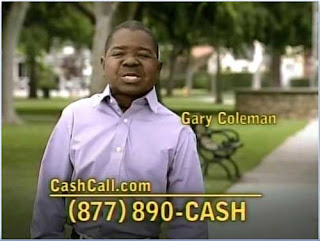 Just wanted to quickly comment about the Advertising Age story on the Center for Advertising Excellence at Howard University’s John H. Johnson School of Communications.

The CEA requires a $1 million annual budget to execute its goals. The 4As pledged financial support to the tune of $250,000 per year—and emotional support in the efforts to raise the additional $750,000 annually. However, the 4As payments are contingent upon the CEA’s success in collecting $750k yearly. To date, the CEA has netted over $270,000, spiked by a $100,000 donation from Wieden + Kennedy.

As always, any contribution made toward creating a more inclusive industry is commendable. Yet we can’t help but think the scenario is another symbol of Madison Avenue’s penchant for delegating diversity—and displaying a lack of true commitment to progress.

For starters, the CEA appears to be a collaborative initiative between the 4As and Howard University, but it really isn’t. Sources claim officials from the historically-Black institution hatched the idea and sold it to former 4As honcho O. Burtch Drake. So it sorta looks like outsiders developed a solution and must also act as fundraisers to make it happen.

That aside, the struggle to acquire $750,000 is disturbing, even in these lousy economic times. Indeed, it’s pretty outrageous when considering the following factoids:

• Omnicom leader John Wren—who allegedly demanded his agencies come into compliance with the pacts signed with New York City’s Commission on Human Rights—recently nabbed a bonus of $25 million. Incidentally, Wren’s agencies failed to meet his mandate, and the shops boast the worst hiring records of the bunch.

• IPG leader Michael Roth enjoyed a 21 percent increase in his over $11 million annual salary. And his cronies grabbed wads of loot too.

Meanwhile, the industry pours money into spectacles such as the irrelevant CLIO Awards, handing trophies to Mad Men creator Matthew Weiner and NBA bad boy Mark Cuban. And how much cash will be burned at the Cannes International Advertising Festival?

Hell, Dan Wieden coughed up $100,000, and he’s neither a 4As cardholder or among the 16 agencies working with the NYCCHR.

Madison Avenue recruits other people to fix its exclusivity problems, then ducks out when the freelancers’ bill arrives. Expect the next player in this continuing drama to be Gary Coleman.
Posted by HighJive at 12:00 AM