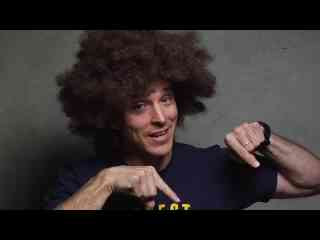 Back in January, Lincoln Stephens of The Marcus Graham Project and Shelton Scott appeared with Alex Bogusky on the FearLess Q+A show. The goal was to stage an original and provocative discussion on diversity in the advertising industry—and it was all actually influenced by online suggestions from Craig Brimm of the Kiss My Black Ads blog.

Can’t help but think that FearLess ultimately played like ClueLess, at least in regards to Bogusky.

Once again, an advertising leader spouted the same old lines such as, “Obviously, there’s a lot of work to be done.” At this point, stating the obvious—and even starting the thought with the word “obviously”—is becoming tired. Why do White adpeople feel so comfortable admitting to their historic failure at addressing the issue?

Once again, the ruling majority displayed head-scratching insensitivity. Bogusky introduced Scott as his first partner in the business. Yet he doesn’t appear to hold heightened motivation or inspiration for increasing the number of “Scottish” ad executives. Wow. Just wow.

Once again, the excuses included insisting there is a lack of minority candidates in the region. Um, when CP+B was headquartered in Miami, the agency couldn’t seem to find Latino candidates in a place where Latinos account for up to 60 percent of the population. If Bogusky opened a satellite office in South Central, he’d probably claim to never see any Black applicants.

Once again, MultiCultClassics is wondering WTF. The FearLess Q+A theme song screeches, “Let’s shoot the shit.” Let’s revise the lyrics to incorporate “bullshit.”
Posted by HighJive at 12:19 AM

What a liar and a fraud, I actually saw the video. First thing I thought is why is wearing a help haiti t-shirt? What the hell has this guy done for diversity in advertising? Look at his own agency. Lincoln is talking with the leader for the most homogeneous agency in advertising Crispin Porter & bogusky. I bet Mr.bogusky has given no thought to diversity either. Nor does he care to be a member or support the Marcus Grapham Project. Look at shelton scott & lincoln laughing at every joke. Like its funny. They remind me of michael steele. Wheres their backbone. Why didn't they call him out? They just pretended like nothing was wrong. Thats why the whites that run this industry want, to have minorities in fear. The end of the video was the saddest part.Mr Bogusky is pretending to sympathize with lincoln and tell him to do this and that, I just read a article on adage where lincoln stephens is pleading for funds for the mgproject and bootcamp. Why doesnt he give Mr.Bogusky a call. But thats the biggest problem, blacks dont have the money to fund their own diversity initiatives. And the whites sit back and just watch while minorities fumble the ball. If mr.bogusky really has interest in diversity he would fully fund the mgproject. But he doesnt care. What a complete waste of time.