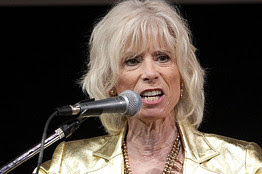 From The Wall Street Journal…

Dr. Laura Schlessinger announced on “Larry King Live” Tuesday that she would not be continuing her radio show after her contract with Talk Radio Network expires at the end of the year.

The radio personality told King, “I’ve made the decision not to do radio anymore. The reason is I want to regain my First Amendment rights.”

Over the past week, Schlessinger, 63, has been under attack for using the n-word 11 times in five minutes on August 10, when she was trying to make a point about racism to an African-American caller to her show. When the caller pressed Schlessinger about her free use of the racial epithet, the host responded: “Oh, then I guess you don’t watch HBO or listen to any black comedians. My dear, the point I am trying to make … [is that] we’ve got a black man as president and we’ve got more complaining about racism than ever. I think that’s hilarious.”

During her interview with King, Schlessinger said that she wanted “to be able to say what’s on my mind and in my heart and what I think is helpful and useful without somebody getting angry, some special interest group deciding this is the time to silence a voice of dissent and attack affiliates, attack sponsors. I’m sort of done with that.”

She also adamantly denied she was retiring. “I’m too young for that, and I’m not quitting,” she said. “I will be stronger and freer to say my mind through my books, my YouTube Channel, my blog and my website. And I’ll be on TV more, because I’ll have the freedom to speak my mind.”
Posted by HighJive at 10:12 PM