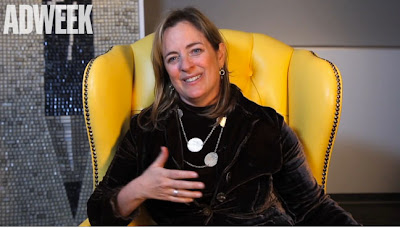 Just in time for the upcoming International Women’s Day, Adweek interviewed Leo Burnett CCO Susan Credle, who offered her perspectives on women in advertising. When considering other businesses in 1985, Credle thought advertising appeared to be “the most welcoming to women,” and she went on to list numerous prominent adwomen who inspired her to pursue a career in the field. “I never got into this business thinking that it’s going to be tough for a woman,” declared Credle. “And I actually never felt it was tough for a woman—I thought it was just tough.” Credle is not the first to express such beliefs, contrary to others who wonder about the dearth of dames, particularly in the creative department.
Posted by HighJive at 11:43 AM

Say something out of pocket, you'll be on the unemployment line.