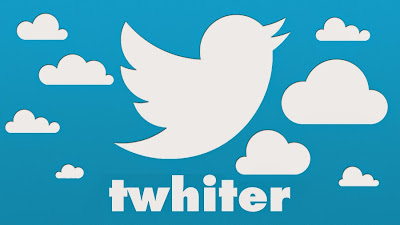 The New York Times reported Twitter joined other social media sources in admitting an appalling lack of diversity in its ranks. The news is hardly surprising, as Twitter already revealed its board was an all-White male clan in 2013. The popular service should be renamed Twhiter—with a White rooster as its logo.

The technology industry continues to provide evidence that it is not terribly diverse.

Twitter released a statistical breakdown of the genders and ethnic backgrounds of employees on Wednesday afternoon. And like many of the company’s peers, the “diversity report” is not so diverse.

Nearly 60 percent of Twitter employees identify as white in the report, while 70 percent of Twitter’s global employees are male. The most underrepresented groups were blacks, Native Americans, Pacific Islanders and Hispanics, with a combined total of those groups making up less than 7 percent of the company’s United States-based employees.

Twitter said 30 percent of its employees are women. But among tech employees, only one in 10 is a woman. Among people in leadership positions, 21 percent are women.

“Like our peers, we have a lot of work to do,” she wrote.

Twitter, based in San Francisco, is hardly alone in its position. Facebook reported a similar demographic breakdown in June: About 57 percent of Facebook’s United States-based workers are white and 34 percent Asian, with additional ethnic groups such as blacks or Latinos making up fewer than 9 percent of the company’s United States employees.

In fact, when Facebook posted its numbers last month, its head of diversity, Maxine Williams, said nearly the exact same thing as Twitter’s Ms. Van Huysse: “As these numbers show, we have more work to do — a lot more,” Ms. Williams wrote.

Recently, technology giants have faced intense criticism of their hiring practices from minority activist groups. The Rev. Jesse L. Jackson Sr., the civil rights leader and president of the Rainbow PUSH Coalition, has led the charge, appearing at Facebook and Google’s public shareholder meetings and urging them to release more detailed descriptions of their company demographics.

“There is no talent deficit, there’s an opportunity deficit,” Mr. Jackson said in a statement. “This is another step in the right direction to rectify the lack of inclusion and diversity in Silicon Valley.”

Twitter, like Facebook and other companies in the industry, stressed that it has started a number of initiatives to change the ratio of minorities and women in positions at the company. That includes partnerships with organizations like Girls Who Code and sponsorships with outfits like Out in Tech, which promotes opportunities for people who are lesbian, gay, bisexual and transgender.

But like many of these organizations have said time and again — there’s still more work to do.