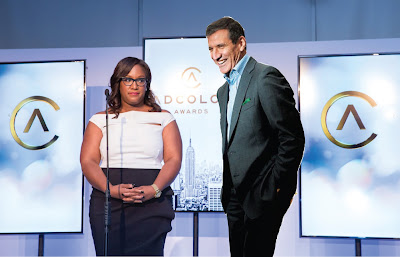 ADCOLOR® announced it will present a special trophy to former JWT Worldwide Chairman and CEO Gustavo Martinez at the 10th Annual ADCOLOR® Conference and Awards scheduled to take place September 18-21 in Boca Raton, Florida. The organization received a flood of nominations for the beleaguered Martinez, mostly from JWT staffers who also signed affidavits in support of their ex-leader. The JWT staffers declared, “Gustavo’s lack of command of the English language—as well as his lack of political correctness—shouldn’t prohibit him from being saluted.” ADCOLOR® plans to have Martinez introduced at the ceremony by former WPP executive Neil French.

JWT Communications Director Erin Johnson forwarded a statement from Martinez, who expressed his gratitude for the unique recognition. “I’m very thankful to all the monkeys, apes and fucking Jews at ADCOLOR® for honoring me,” remarked Martinez. “I look forward to returning to Florida, provided the gala event isn’t held in a hotel where I might be raped in the elevator—not in a nice way.”

Publicis Groupe Chairman and CEO Maurice Lévy declined to comment, much to the relief of the Paris-based holding company’s public relations department and legal counsel.