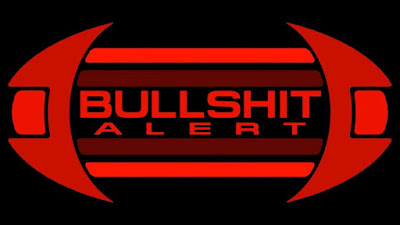 Adweek reported on the latest legal volleys in the JWT Gustavo Martinez debacle, with Erin Johnson’s legal team arguing that WPP is pooh-poohing Martinez’s alleged bad behavior. A fresh filing also included, “if you complain of discrimination [at JWT], you will be attacked publicly, be branded as a liar and ostracized.” Actually, this contention applies to the entire advertising industry, as evidenced by any minority who has publicly pointed out the racist exclusivity, only to be ultimately blacklisted and banished from the field. Thank goodness new JWT Worldwide Chairwoman and CEO Tamara Ingram has established a hotline for employees to air their grievances. Act now—operators are standing by!

The agency holding company’s response to Johnson’s claims of discrimination by Martinez, her lawyers say, sends the message that “if you complain of discrimination, you will be attacked publicly, be branded as a liar and ostracized.”

The strong words continue an ongoing battle in the legal system and the court of public opinion dating back to March, when Johnson, JWT’s global communications director, filed a lawsuit alleging discrimination, harassment and a hostile work environment stemming from Martinez’s allegedly frequent and negative comments about women, minorities and Jews.

After initially standing behind Martinez, WPP hired an independent investigative agency soon after the allegations came to light. Soon after that, Martinez abruptly resigned. However, his exit has not stalled Johnson’s case against her employer.

In May, all three defendants in the case—Martinez, JWT and WPP—filed motions to have Johnson’s lawsuit dismissed. They claimed that Johnson had failed to prove that Martinez’s controversial comments, including a recorded staff meeting where he made light of rape, amounted to discrimination against Johnson.

This week, Johnson’s attorneys filed their response to the motion, calling Martinez’s rebuttal to her lawsuit “wrong both factually and legally.”

Her filing also takes issue with WPP’s claim that there are not enough proven instances of bad behavior by Martinez to show Johnson faced a hostile work environment at JWT.

“Corporate defendants list six such incidents [of offensive comments by Martinez],” Johnson’s new filing states. “That behavior, without more, could state a claim for a hostile environment. In addition, however, defendants ignore that those allegations are far from describing isolated incidents, but instead are examples of sexist, humiliating and threatening behavior that was typical of Martinez.”

In their motion for dismissal, WPP’s lawyers stated that Johnson’s claims didn’t illustrate a hostile work environment based on sexual harassment because she made “no allegation that he actually talked about ‘the sex.’”

Johnson’s lawyers fired back in their countermotion, saying Martinez’s comments were often overtly sexual in nature.

“The sex-based nature of Martinez’s offensive comments and conduct frequently was explicit,” her legal team’s new filing states. “For example, when Johnson told Martinez that his comments about rape were not acceptable in the workplace, he responded by telling her that ‘American women are too sensitive.’ Shortly thereafter, he grabbed Johnson around the neck with his arm, telling her to come to him so that he could rape her in the bathroom.”

(Adweek included a copy of the latest filing from Johnson’s legal team.)

It the ad gods are trying to make sure nobody ever speaks up against discrimination, even if someone has video proof, they're doing a great job of it with the Erin Johnson case.

This has to be a bitter pill for white men and women to swallow, this idea that even if they have definitive proof or racism, sexism, etc. they're still going to get attacked and punished by the very agencies that proclaim their commitment to diversity and inclusiveness. HR is not there to help, and neither are Chief Diversity Officers.

Meanwhile everyone ethnic already knew this, going back 40, 50 years.

Nobody is a match for the money and legal resources of WPP. If they bury this woman, as they seem to be trying to do, there's not much room for future discrimination cases.

Look on the bright side. At least this will shut down the talk of, "If there was really racial discrimination in our industry, there'd be a lawsuit. It's just that no minorities want jobs in creative / apply / are interested / have good books / etc."

Nope. Now you can say the reason there are no lawsuits is Case In Point Erin Johnson and what the holding companies did to her, even with multiple examples of proof in hand.