14760: We Are Unlimited Rendered Limited By Mickey D’s—And Limited Talent. 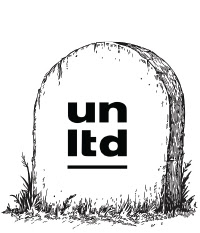 First, Wieden + Kennedy presumably besting We Are Unlimited is a no-brainer—and it was probably no contest. In contrast to the recent self-promotion, We Are Unlimited churned out some of the worst campaigns in the fast feeder’s history. Even Omnicom likely questioned We Are Unlimited’s capabilities, as the White holding company reportedly added two sister shops—TBWA and Adam & Eve/DDB—to the shootout. Wouldn’t be surprised if Wendy Clark freelanced Ted Royer for the McContest.

Second, Mickey D’s ignoring Wieden + Kennedy’s relationship with KFC shows conflicts of interest might be a relic of the past. After all, Mickey D’s arguably competes directly with KFC, particularly when considering the many McChicken menu items. Wieden + Kennedy using its New York office to service the Golden Arches while its Portland office covers KFC is a pretty slick move too. Hey, the independent Wieden + Kennedy doesn’t have the ability offer a portfolio of White advertising agencies.

Third, another slick move involves Mickey D’s decision to shift business to an East Coast shop. The fast feeder is headquartered in Chicago and probably receives financial perks from the city and Illinois. To effectively put hundreds of Chicagoans out of work—from We Are Unlimited staffers to local vendors—is not nice from professional and political perspectives. Maybe this is why We Are Unlimited will stay on the roster to handle “operational excellence” for Mickey D’s. Right, let the creators of the worst McCrap ever handle the excellent operations.

Fourth, We Are Unlimited joins the junk heap of dead-dicated White advertising agencies including Team One, Team Detroit, Cavalry, Enfatico, et al. That’s quite a posse of poop piles.

McDonald’s has chosen Wieden & Kennedy, New York as its lead creative agency in the U.S., delivering a blow to Omnicom Group’s DDB three years after it emerged the victor in the chain’s creative shootout.

The move toward an independent creative agency is a major shift for the country’s largest restaurant chain, which has for decades worked with shops that are part of large holding companies. It also suggests that a bespoke agency model, hailed as the wave of the future when DDB created one for McDonald’s three years ago, may not be the definitive answer for major marketers when it comes to creative partners.

In August 2016, the Golden Arches named Omnicom Group the winner in a U.S. creative contest in which it fought against Publicis Groupe. Now We Are Unlimited, the Chicago-based agency that Omnicom’s DDB created to support McDonald’s, is taking a back seat to Wieden & Kennedy, New York.

We Are Unlimited will continue to work on the brand with a focus on what McDonald’s is calling “operational excellence.” We Are Unlimited’s scope includes Happy Meals and other assignments where there’s a steady volume of work to churn out, such as digital marketing, customer relationship management and work on the mobile app.

The move is a huge win for W&K. The U.S. is the Golden Arches’ biggest market with nearly 14,000 restaurants that bring in annual system-wide sales of more than $38 billion. Notably, McDonald’s does not see a conflict with KFC, for which Wieden & Kennedy, Portland has done award-winning work including creating a rotating cast of Colonel Sanders characters.

‘Getting the best work’

In an interview, McDonald’s U.S. Chief Marketing Officer Morgan Flatley said the Chicago-based restaurant chain spent time getting comfortable with the idea of working with an agency that works with another company in the fast-food industry. “At this point, it doesn’t concern us,” she said of W&K’s relationship with KFC. “We wanted to make the decision around getting the best work that this business deserves.”

McDonald’s also noted that the brands will be worked on from different offices, with different teams and IT safeguards will be put in place.

McDonald’s says it selected Wieden & Kennedy, New York for its blend of strategic and creative work. “Creative excellence is a huge passion point of mine,” says Flatley, noting that the W&K team understood “the heart and the soul of this brand.” The fast-feeder conducted the review internally and was seeking a more creative approach to help it build stronger connections with current customers and get those who don’t visit the restaurants to come in for the first time or return.

McDonald’s narrowed the field in May to W&K and TBWA, and those agencies began working on “business-critical briefs for 2020,” as Flatley described the process. The decision was made this week after both agencies delivered their final presentations on Tuesday. TBWA has worked globally with McDonald’s for more than three decades and had recently expanded its relationship with the company in the U.S., including for work on its McCafé coffee.

W&K will begin work on the brand in the next month to plan for 2020.

McDonald’s will now have a tag-team approach. “The challenge is balancing both world-class creative and also how you put data, insights, and speed in the center of everything you do,” says Flatley. McDonald’s pointed to W&K’s work for brands including Nike, Bud Light, Coca-Cola’s Sprite and Vitaminwater, and Delta.

This appointment marks another major brand win for W&K’s New York office. Once operating in the shadow of the agency’s Portland office, New York has added multiple blue-chip clients in recent years, including Bud Light and Ford, the latter of which came aboard late last year after the automaker demoted WPP’s GTB, a bespoke agency model that was relegated to lower-profile work.

“We’re incredibly excited and honored to be part of the McDonald’s team at this critical juncture in their business transformation,” Neal Arthur, managing director of Wieden & Kennedy, New York, said in a statement provided by the client. “McDonald’s has created some of the most iconic branding, advertising and marketing initiatives the world has ever known, and we look forward to working across the company and agency network to continue this rich tradition.”

We Are Unlimited, meanwhile, pointed to its continued relationship with the brand. “We remain a proud partner with McDonalds’s and are working closely across both the McDonald’s and We Are Unlimited teams to ensure we remain focused on our shared goals and priorities,” the agency said in a statement.

“It’s been a privilege to work with McDonald’s in the U.S., and we’re proud to continue working with them in many markets around the world,” TBWA CEO Troy Ruhanen said in a statement. “We love the brand and wish them every success.”

McDonald’s has been on a roll under the leadership of CEO Steve Easterbrook, posting 10 consecutive quarters of U.S. same-store sales growth and 16 consecutive quarters of global same-store sales growth. In the recent second quarter, U.S. same-store sales shot up 5.7 percent, growing at a faster clip than rivals Burger King and Wendy’s. McDonald’s has been improving its menu with the addition of fresh beef Quarter Pounder burgers and updated McCafé coffee, is renovating thousands of restaurants and has gotten a sales boost from the addition of delivery. Still, its franchisees began organizing in a bigger way, in a group called the National Owners Association, pushing for more of a say in how the company operates.

Flatley, who worked on brands including Gatorade before joining McDonald’s in May 2017, runs McDonald’s marketing in the U.S. Colin Mitchell, who was promoted to senior VP of global marketing in July, was also deeply involved in the domestic agency review.

“Globally, we are trying to evolve our creative, like the rest of the customer experience,” Mitchell said in a statement. “This move allows us to push our vision for modern marketing in this very important market.”

Wieden & Kennedy, New York is expected to help McDonald’s U.S. communicate more consistently the optimistic tone of togetherness and community that the company tries to project globally, Flatley said. The “I’m lovin’ it” slogan, cooked up in 2003 by DDB’s Heye & Partner, of Germany, is sticking around. “You’ll see it and my expectation is it will start to have more meaning,” Flatley said.

Other U.S. agency relationships remain intact, including a mix of multicultural agencies, co-op relationships with various creative agencies for work at the local level, and media agency OMD.

We Are Unlimited was created in 2016 following an agency review and selection process led by Deborah Wahl, who was McDonald’s U.S. CMO at the time and then left the company in 2017. Omnicom won the McDonald’s account back then in a pitch led by Wendy Clark, who at that time was CEO of DDB North America and is now CEO of DDB Worldwide. We Are Unlimited officially began working on the account at the start of 2017.

We Are Unlimited debuted years after the demise of Element 79, a Chicago-based Omnicom agency created in 2001 to focus on PepsiCo that later lost clients including PepsiCo’s Tropicana, Gatorade and Quaker, and was absorbed by DDB Chicago in 2012.

McDonald’s is also beefing up its technology investments. On Sept. 10, it announced the plan to buy Apprente, a voice-based conversational technology company. Earlier this year, it invested in mobile app company Plexure and acquired Dynamic Yield, which is helping the chain make its digital billboards more personalized and more adaptable to changes such as the weather.

The holding companies snatched up all the decent McDonald's crumbs from the multicultural agencies years ago, leaving some pennies for "transcreations" and shadow work, so it's not like Wieden + Kennedy is going to share their bounty with anyone outside of their white circle of insiders either.