14822: Like A Good Neighbor, State Farm Is There—Still In The Omnicom Hood. 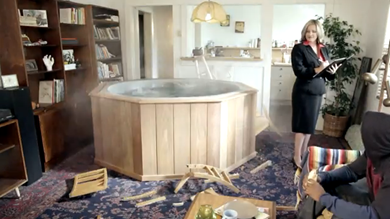 Adweek reported State Farm did not act like a good neighbor, abandoning DDB for The Marketing Arm, which is still in the Omnicom neighborhood. So it appears to be another example of Corporate Cultural Collusion by the White holding company, as the “extensive review” likely featured sister White agencies including Fathom Communications. In short, The Marketing Arm is simply one of the many appendages Omnicom extends and/or erects for clients. Between John Wren, Wendy Clark and God-Only-Knows-Who-Else, there are lots of White folks conspiring in that hot tub.

DDB Chicago will remain with the insurance company

State Farm has chosen The Marketing Arm to lead its creative account, while also retaining DDB Chicago, the agency that created its “Like a Good Neighbor” tagline.

The insurance giant is sending lead creative duties to Omnicom’s The Marketing Arm as it heads into 2020, following an extensive review focused on finding a refreshed campaign strategy, a State Farm spokesperson confirmed to Adweek.

The move marks an expansion of State Farm’s relationship with the agency.

“State Farm has a longstanding history working with TMA on the experiential front,” including music, sports, auto and financial services sponsorships, the State Farm representative said in a statement. “They’re deeply involved in our artist relationships and music content, and also help us with our television and film integrations. Executing our brand work will be a new dimension to our relationship, and we’re confident their talented team is up to this new challenge.”

The Marketing Arm’s first creative campaign for State Farm is expected to launch early next year.

The State Farm representative said the company will continue to work with fellow Omnicom agency DDB Chicago as “an important partner in our agency roster,” with DDB Chicago now focusing on “lower funnel and cross-sell marketing programs.”

“At the end of the day, this was a very data-driven decision for us, and it was consumer feedback and testing that validated the relevance and strength of TMA’s campaign with our target audience,” the representative said. “We also believe in the depth of their idea and its elasticity to carry the breadth of messages we want to communicate.”

DDB has long served as State Farm creative agency partner and defended the account in a review nearly four years ago.

DDB chairman emeritus Keith Reinhard wrote the company’s “Like a Good Neighbor” tagline and DDB scored a viral hit with 2011’s “State of Unrest” spot, better known as “Jake From State Farm.” The agency, then known as Tribal DDB, did briefly lose the account to FCB Chicago (then DraftFCB) in 2010, but won it back after State Farm asked both agencies to present fresh ideas. DDB’s relationship with State Farm dates back to 1939.

State Farm spent nearly $615 million on marketing in the U.S. last year, and just around $343 million in the first six months of 2019, down slightly from over $346 million over that period in 2018, according to Kantar Media.