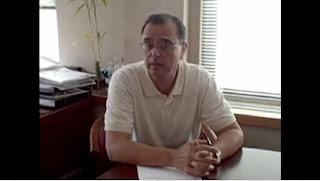 First, one would think the Association of National Advertisers might consult with, say, an advertising agency before executing a video production. This thing resembles an America’s Funniest Home Videos reject.

Liodice essentially admits to the rampant exclusivity by stating, “…there are no specific facts or staffing data that we can confidently rely upon, but all you have to do is look with your eyes and observe that we are not a diverse industry.”

Next, Liodice joins the many Madison Avenue honchos who recognize the industry’s historic failure to create change by declaring, “The reality is, is that we really need to do more.” The reality is, no other profession on Earth so consistently repeats such a lame line in order to deflect attention from the collective leadership’s lack of responsibility.

Finally, Liodice unveils the latest brainstorm, which involves delegating diversity to the ADCOLOR® Industry Coalition. The ANA bigwig urges folks to become ADCOLOR® members—cha-ching!—and help generate more publicity and attention to the alleged accomplishments bringing inclusive harmony. Liodice contradicts his earlier admission by saying the hype is intended “…to demonstrate, in fact, there is far more progress than may meet the eye.”

Um, you don’t have to look with your eyes and observe the real deal here. Simply use your nose to sniff the bullshit.
Posted by HighJive at 12:15 AM

All he's doing is passing the blame, and responsibility to adcolor. He seemed nervous, and full of crap when he's speaking, and he's lying out of his ass when he said, “…there are no specific facts or staffing data that we can confidently rely upon, but all you have to do is look with your eyes and observe that we are not a diverse industry.”

What a contradicting statement! Why is this guy even employed? He's CEO of the ANA, and he's passing the blame and doesn't have any groundbreaking ideas on how to solve the diversity problem himself. Ultimate fail!!

Dammit Im sick of these internships, and bs organizations that do nothing!! When are we finally gonna see diversity at the mid to senior level!! 20 years later no progress has been made at all. What a waste.