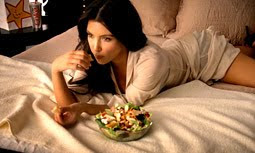 Advertising Age reported the creative duties for Carl’s Jr. and Hardee’s are up for review. The “invitation-only” competition features three White agencies—and one of the contenders is the advertiser’s current digital shop. Nice. Now the places that handle interactive work have a better shot at landing accounts than minority shops.

By Maureen Morrison and Rupal Parekh

NEW YORK -- CKE Restaurants is reviewing creative duties on both the Carl’s Jr. and Hardee’s brands, currently handled by Los Angeles-based Mendelsohn Zien. The marketer is handling the pitch process itself, and only three shops are participating, including the incumbent.

“We have had a long and successful relationship with Mendelsohn Zien for the past 16 years at Carl’s Jr. and nine years at Hardee’s, but various changes at the agency, and in the creative ranks there, have led us to conduct a limited agency review,” said Beth Mansfield, director of public relations at CKE. “[The agency] will be defending the business. The invitation-only review will include broadcast creative for both the Carl’s Jr. and Hardee’s brands. And we hope to complete the review by the first of the year.”

In addition to Mendelsohn Zien, which is owned by Hakuhodo DY Media Holdings, CKE invited three other shops to pitch, people familiar with the matter say. They are West Coast independents 72andSunny, which is lead digital agency for CKE, and David & Goliath, as well as Interpublic Group of Cos.’ Deutsch, Los Angeles.

Deutsch, however, has declined to participate. “Carl’s and Hardee’s are great brands, but we elected not to participate to focus on opportunities with our existing clients,” said Mike Sheldon, CEO of Los Angeles. Other shops could not be immediately reached or declined to comment. The creative review does not affect media or public-relations duties, handled by Interpublic-owned agencies Initiative and Weber Shandwick, respectively.

According to people familiar with the matter, the review was sparked by the departure last month of two top creatives on the account from Mendelsohn Zien. It also follows the private-equity buyout of CKE to Apollo Management in an estimated $1 billion deal.

CKE last month posted its fiscal-second-quarter results, which were down over the prior-year period. It had revenue of $313.9 million, a decrease of $22.1 million, or 6.6%.

The combined budgets for both restaurant chains in 2009 was $58 million in domestic measured media, according to Kantar. Spending in 2010 seems to track the same; the marketer spent about $30 million for the first six months of the year, with a bit more devoted to Carl’s Jr. than the Hardee’s brand. The Carpinteria, Calif.-based chain, which has more than 3,100 restaurants in 42 states and 18 countries, also owns smaller restaurant brands such as Red Burrito and Green Burrito.

Carl’s Jr. in recent years has sexed up its image, recruiting foodie and TV personality Padma Lakshmi to seductively eat a burger for one of its ads, and vixen Kim Kardashian to star in another to eat a cranberry apple walnut chicken salad. The latter spot hit our viral video chart earlier this year.

For Mendelsohn Zien, the potential loss of two major restaurant brands comes as a blow. As it stands now, the contract period for Hardee’s ends in late December, and the Carl’s Jr. contract ends early next year.