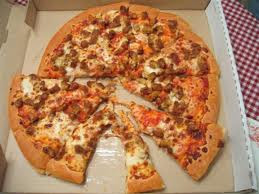 Advertising Age reported Chicago startup agency O’Keefe Reinhard & Paul picked up business from Pizza Hut—sans a review. It must be noted that principal Tom O’Keefe is a former leader of Draftfcb with strong ties to Pizza Hut parent Yum! The current lead AOR for Pizza Hut is The Martin Agency. Draftfcb and The Martin Agency are sister shops under IPG, the holding company that is also backing O’Keefe Reinhard & Paul. In other words, it appears to be another case of Corporate Cultural Collusion, whereby IPG is mimicking the Omnicom tactic of exclusively offering a portfolio of White agencies to major clients. It’s no surprise that Yum! brands used to be part of PepsiCo—which engages in Corporate Cultural Collusion with Omnicom—and Yum! still has a lifetime contract to serve PepsiCo beverages in its restaurants. In short, IPG is hoarding the entire pizza pie while minority shops are left to scratch for any leftover crumbs or mozzarella cheese.

O’Keefe Reinhard & Paul will handle marketing and advertising for WingStreet, PizzaHut’s chicken-wing brand launched in 2003. A spokesman for Yum Brands’ Pizza Hut said the agency “will be providing support for WingStreet as we continue to grow the brand.” Pizza Hut last year spent about $239 million on measured media, but less than $2 million was allocated to WingStreet, according to Kantar Media.

Pizza Hut’s lead shop is Interpublic’s Martin Agency, which handled the WingStreet business. The Pizza Hut spokesman said “Martin handled all creative work for us, including WingStreet, and they will continue to support our core business.” Martin did not comment.

The account was moved without a review to O’Keefe Reinhard & Paul, which has ties to parent company Yum Brands through Tom O’Keefe’s earlier tenure at DraftFCB as chief creative. There he played a key role in the agency’s relationship with Yum, particularly Taco Bell. Nick Paul also was at DraftFCB for an extended period, most recently serving as the agency’s global chief growth officer. O’Keefe Reinhard & Paul opened its doors in March with backing by Interpublic.

When the agency opened, Mr. Paul said that the agency would like to work with Yum. “Our relationship with Yum means a lot to us, and we have loved working on Taco Bell over the past 12-plus years…we’d be thrilled to play a part in putting together work for the brand,” he said at the time.