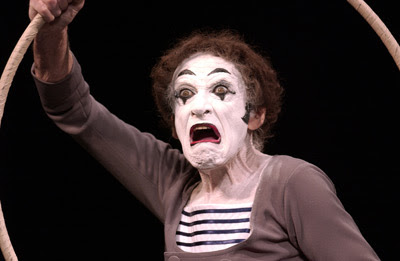 Sorry, but Marcel underscores the failings of the holding company model.

The self-promotional propaganda used terms including “crowdsource” and “80,000 creative minds connected” to hype the marvels of Marcel. Herein lies the lies of the contraption.

First, crowdsourcing has not worked well in the advertising industry, despite the claims of enterprises such as Victors & Spoils—an agency ultimately acquired by Havas, another French-based disaster zone. Rather, crowdsourcing has further commoditized the business, particularly in the creative department.

The notion that anyone can jump onto a project and deliver quality work shows how the creative process has degraded over the years. Heaven forbid that factors like intimate experience with a specific brand, category and client might affect the generation of ideas. Hey, let’s pooh-pooh the value of internal relationships between creative directors and the writers, art directors and designers in their charge too. Creative gangbangs rarely succeed within a single agency. To hold global groupthinks is a colossal waste of time and resources. And expecting an enterprise like Publicis to craft briefs that would translate across the network is simply insane.

Second, to proclaim having the ability to harness the power of “80,000 creative minds connected” is a joke. For starters, the majority of Publicis minds are not creative. This is not a judgment, but a fact. The workers in most departments are tasked with initiatives requiring their individual gifts, which do not involve the creativity required to produce breakthrough omnichannel campaigns.

For the sake of discussion, let’s say that 20,000 of the 80,000 Publicis peons are actually creative in the standard sense. Trying to draft, manage and secure the perfect team will be a logistical nightmare. Exceptional talent in advertising agencies tends to be constantly engaged and occupied. Receiving a request from Marcel doesn’t mean someone is ready, willing or able to pitch in. Plus, who will make these endeavors fiscally sound? Clients pay for a finite number of people—and hours—to service their needs. That’s why project managers have gained importance and prominence in the field. Great project managers, incidentally, have personal ties with teammates that allow PMs to effectively execute their roles and responsibilities.

Additionally, agencies exist within holding companies to avoid conflicts of interest. That is, firewalls have been erected to maintain confidentiality and harmony—which further reduces the number of qualified and available creative minds.

Also, holding companies are notorious for retaining business by shifting accounts to sister shops in the network. In other words, all agencies within Publicis Groupe are pretty generic. So what’s the value of tapping expertise from a range of corporate clones?

Like it or not, our industry runs on relationships. One-to-one interaction. Personalized intercourse and interchange. Mutual respect and trust that develops over time.

Can a digital platform tap an employee database and assemble potential players with speed, accuracy and efficiency? Sure. Will it lead to better work? No. Contrary to the arguments of the hucksters hyping the gadget, Marcel turns Publicis into a worldwide production studio—and reduces individuals to cookie-cutter drones.

Ironically, the wonder labeled as a connection to 80,000 creative minds actually dissed the creative minds. That is, the endeavor was financed via a one-year ban on participating in creative award shows.

Doubly ironically, Publicis Groupe prides itself on having world-class digital capabilities—albeit mostly erected through reckless acquisitions. Yet when it came to developing Marcel, the holding company opted to partner with Microsoft.

In the end, Publicis Groupe should have launched Marcel by emulating Marcel Marceau.

Publicis Finally Answers the Ad Industry’s Most Pressing Question: What Is Marcel?

It’s much more than a task manager, executives say

“I’ve been in this business for 20 years, and it is exactly the same as it was 20 years ago. Everything else has changed … but we haven’t. Incremental change won’t be enough to save us.”

“I won’t talk about pressures we are under as an industry; you just have to read journalists’ reports every morning,” added a very blunt Sadoun.

He hesitated to state whether Marcel is a “right or wrong” approach and acknowledged the imperfect nature of last summer’s roll-out on a slide that featured skeptical headlines from a number of publications, including Adweek. Most importantly, Sadoun said, Marcel represents dramatic change for an industry in desperate need of exactly that. “We want people to work as they live; digital has totally changed the way they live,” he said.

Despite the presentation’s focus on technology, efficiency and a desire to “break” and “reinvent” the “frozen” holding company model, Sadoun and Publicis global CCO Nick Law insisted that the company’s “raison d’être” in developing Marcel was to facilitate a greater sense of creativity across its network.

As if to prove that point, the public’s first view of the platform came via [a] short film created by BBH Singapore.

Marcel made its official debut today at 9:30 a.m. Paris time in a larger presentation led by Sadoun and Microsoft CEO Satya Nadella, whose company signed on to become Publicis Groupe’s official partner in the Marcel venture this January. Former Publicis CEO Maurice Levy also made an appearance accompanied by a new, very full beard.

The event included a three-minute demo that went into greater detail about the way the platform works.

During this week’s press event, Law quickly dismissed the idea that Marcel is merely a task manager powered by Microsoft tools. He emphasized the potential value of Talent Match, a feature by which employees at Publicis offices around the world can connect on specific projects through a smart filter that helps pair them based on experience, availability and interest.

One slide in the presentation connected the various aspects of the Marcel ecosystem, from work requests to “collaboration walls,” with Microsoft email, calendar and cloud storage services underlying the entire process.

“You will have all of Publicis in the palm of your hand,” Sadoun said.

The demo also included one specific example of the product facilitated by Marcel in the form of an open brief for Walmart that ultimately went to a team of creatives based in Spain who had never even visited the UniteLaw also used the Marcel logo to reinforce Publicis Groupe’s message on creativity and connecting disparate agency networks. “The two eyes represent the connection between all the brands in the Groupe,” he said. “Two simple ways of thinking [combined] to make a third way of thinking. This is one of the ways this platform will power creativity. The [Publicis] brands aren’t working for Marcel, Marcel is working for the brands.”

Company executives downplayed concerns that the new platform could increase complexity within Publicis and repeatedly turned the focus to the network’s 80,000 employees, many of whom were confused by the announcement last summer.

One of the more interesting aspects of Marcel’s launch is that staffers around the world will not be required to sign up—at least not at first. One hundred alpha users across the Publicis network are currently testing the service, and it will expand to an additional 1,000 beta users over the summer.

The idea, then, is that both the AI features and the larger framework will evolve as Marcel embeds itself deeper within the Publicis organization in a way that leaders hope to be organic rather than forced.

Chief strategy officer Carla Serrano described the ultimate effect as “every individual to the power of 80,000” and confirmed that participation will not be compulsory. But employees who do participate will log in to Marcel every morning and log out when they leave the office; they will even receive automated reminders to file their time sheets.

According to attendees at the Paris event, the time sheet feature received “the biggest cheer of the morning.”

In the press release, Sadoun also described the Cannes Lions organization as “our learning and inspiration partner,” announcing a digital project called The Work that will showcase campaigns produced from 2001 to 2018. While Publicis initially made headlines for its plans to skip Cannes this year, the group later confirmed that multiple executives will serve as jury heads, telling Adweek that this did not conflict with its earlier announcement “as long as the festival concerned covers costs and expenses.”

Publicis also later stated that its creative work will be considered for Lions this year thanks to investments by clients like P&G, which has submitted 15 of its agencies’ campaigns to the festival.

Toward the end of the presentation Nick Law framed Marcel, again, as a way to gradually push the larger Publicis organization into a nostalgia-free future.

“The young people who work at agencies use Uber and Seamless in their civilian lives … then they go into work and they use these strange antiquated legacy systems,” he said. “Hopefully, in a few years’ time when this is running on all cylinders, it will feel natural.”

Sadoun told Adweek that “we want to be a positive source of change” for the industry while also making sure to emphasize throughout the Monday presentation that Marcel is not a cure-all.

“This is not an easy journey; it will be a tough year, because what we’re doing is extremely ambitious,” he said before citing a quote from Publicis founder and platform namesake Marcel Bleustein-Blanchet: “When you are challenged, it’s the right time to be bold.”