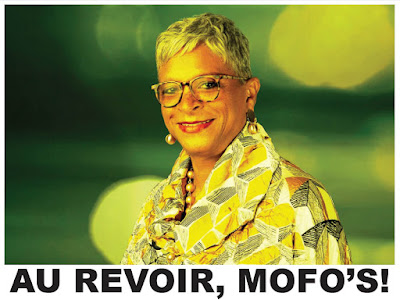 Advertising Age reported Sandra Sims-Williams abandoned her role as Publicis Groupe Chief Diversity Officer for a similar position with Nielsen. Her departure effectively reduces the number of Black women—officially recorded at fewer than 100—with executive titles in the U.S. advertising industry. A Publicis Groupe spokesperson stated the White holding company will be “replacing the role.” Replacing the role? Guess that decision is based on not having enough available and qualified sistahs to replace the woman of color.

Publicis Groupe Chief Diversity Officer Sandra Sims-Williams is leaving to become senior VP of diversity and inclusion for Nielsen. She starts in her new role in January.

“Diversity and inclusion are essential to everything we do at Nielsen,” Nielsen CEO David Kenny said in a statement. “Fostering a culture that is diverse and inclusive, and that is reflected in our products and offering, is the guiding force and a significant differentiator for our company.”

In the role, Sims-Williams will lead the diversity and inclusion teams across media and connect businesses through Nielsen’s transition into two independent, publicly-traded entities (the company announced plans to split last month). She will report to Kenny.

“I am proud to be joining the Nielsen team and continuing to leverage diversity and inclusion as key elements for growth and leadership,” Sims-Williams added.

At Publicis, Sims-Williams is credited with overseeing “diverse leadership development, retention programming, analytics and effectiveness, supplier diversity, multicultural talent acquisition and corporate initiatives that drive diversity and inclusion cross-functionally,” according to Nielsen. She also is a member of The 4A’s Diversity Steering Committee, and serves on the boards of New York Women in Communication, Advertising Club of New York and ColorComm.

Her exit is yet another in a string of departures at Publicis. Ad Age reported on the resignation of Leo Burnett Chicago’s Emma Montgomery, the office’s president and chief strategy officer, last week.

“We thank Sandra for her years of contribution and commitment to advancing diversity and inclusion—a true cornerstone of Publicis Groupe’s Viva La Difference, which serves as both our heritage and guidepost for the future as we continue to advance this important work,” a Publicis spokesperson told Ad Age, adding that the company will be “replacing the role.”