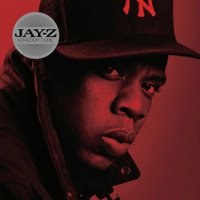 AdAge.com listed “10 Who Made Their Mark” — recognizing folks who made an impact in the advertising industry during 2006. Among the group:

2. Jay-Z
The man also known as Shawn Carter came out of early retirement this year and started throwing his marketing weight around. He was featured in one of the spots in HP’s critically lauded effort. He withdrew his support for Cristal champagne after the company dissed the hip-hop crowd. Then he went to bat for Anheuser-Busch when he accepted the title of co-brand director for Bud Select.

4. Patricia Gatling
The lack of diversity in the ad industry is something agencies would rather not discuss in public. But under Gatling’s leadership, the New York City Commission on Human Rights this year applied some very public pressure. Using a mix of subpoenas and shame, Gatling, poked, prodded and bullied the ad industry into making sweeping promises to remedy the situation.
Posted by HighJive at 2:38 PM