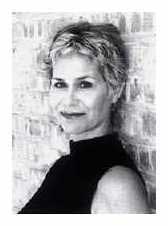 Why Kwanzaa should matter to everyone

A mere 1.6 percent of Americans observe it, and it’s been criticized as separatist and contrived, but Kwanzaa may be the perfect holiday for all Americans to rally around. So “Habari Gani!” Today is the third day of Kwanzaa.

If you just took a second glance at my picture and decided “she’s playing,” I assure you I am not. Maulana Karenga, the college professor who founded Kwanzaa 40 years ago to encourage black Americans to reconnect with their African heritage, says all are welcome at the table. And why not? Africa, scientists say, is the motherland of us all.

Christmas and Hanukkah are more than 2,000 years old. Kwanzaa was born of the civil rights movement, when America was forced to make good on the promises of the Constitution.

The Fourth of July is our big flag waver. But on that holiday, the questions rarely go beyond “Got a cold one?” and “That meat about done?” Fireworks are fun, but after the big finale, everyone packs up and goes home.

Umoja (Unity): To strive for and maintain unity in the family, community, nation and race. Americans struggle to balance ethnic pride and diversity. We need to work harder at it. Unity at home and throughout the land seems more elusive than ever in the information and technology age. Family feuds pass for entertainment on TV, bitter insults pass as political discourse. We struggle with immigration reform, affirmative action, educational inequity. Why does it take an event like 9/11 or Hurricane Katrina to bring us together?

Ujima (Collective work and responsibility): The expectation is that everyone contributes and everyone has an opportunity for a job. We saw this play out in Illinois’ minimum wage referendum and Chicago’s “big box” debate. The nation is diminished because we have failed to deal responsibly with universal health care and school funding.

Ujamaa (Cooperative economics): To build and maintain business enterprises and profit from them together. This principle is the “Made in America” tag. It’s supporting neighborhood businesses. It’s choosing which salesperson gets your commission for a big purchase like a major appliance or car.

Nia (Purpose): Building and developing our community. Call it gentrification, call it tax increment financing, call it a block club or community association or parish or school spirit.

Imani (Faith): To believe in our people, our parents, our teachers, our leaders and the righteousness and victory of our struggle. This is patriotism.

Kwanzaa, like Christmas, involves gifts for children. But two gifts are mandatory: a book and a heritage symbol. What child in the land would not do better with those two gifts? With only those two gifts?

In the coming days, we will learn whether Barack Obama will run for president, a possible candidacy spun off the strength of his call for unity. If that sentiment is what people are hungry to hear, then surely the principles of Kwanzaa have a wider audience.

“Any particular message that is good for a particular people, if it is human in its content and ethical in its grounding, speaks not just to that people, it speaks to the world,” says The Official Kwanzaa Web Site. “The message of Kwanzaa has a universal message for all people of good will. It is rooted in African culture, and we speak as Africans must speak, not just to ourselves, but to the world.”

Whether you wrap yourself in Kente cloth or the American flag, the principles of Kwanzaa give us a lot to think about as countrymen. 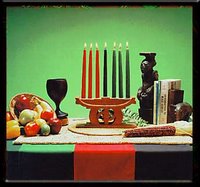