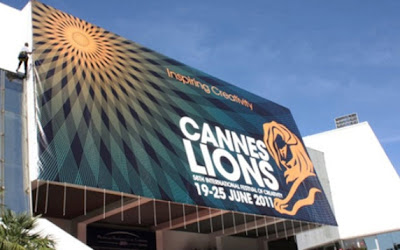 AdFreak reported on a Kia Motors recall. No, it doesn’t involve any cars; rather, it’s about the Cannes Lions won for a Brazilian campaign that turned out to be bogus. As if our industry needed another example to demonstrate the irrelevance of awards. One of the cheaters—Rodolfo Sampaio—also turned out to be responsible for DDB Brazil’s scandalous ad featuring 9/11 imagery. If it’s any consolation, Sampaio’s work helped create a tie between Omnicom and Draftfcb for the greatest number of culturally clueless offenses in 2009—an honor that MultiCultClassics will not be rescinding. Congratulations, asshole.

It took long enough, but Cannes organizers are finally rescinding the Silver Lion in Press awarded to a notorious pedophilia-themed Kia ad, created by Brazilian agency Moma Propaganda, that the automaker has been insisting never ran and was never approved.

The ad in question promoted Kia’s dual-zone air conditioning by featuring cartoon panels of a classroom scene—the left side innocent, the right side raunchy. “A different temperature on each side,” reads the headline. The narrative, though, seems to imply that the teacher is lusting after the young girl. Within days of the award, Kia strongly condemned the ad and said it never ran anywhere.

Cannes organizers also withdrew a Bronze Lion in Outdoor from Moma Propaganda for a different execution in the same campaign.

UPDATE: Organizers have announced that any and all work made by the creatives credited for the Kia ads will be banned from the festival—though only for 2012, not beyond. The lesson being—this whole scam business is probably worth a try.
Posted by HighJive at 6:05 PM