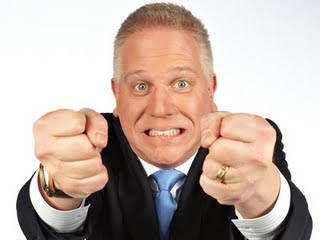 • In case people needed additional reasons to hate Glenn Beck, the nutcase sparked controversy by comparing the Oslo massacre victims to young followers of Adolf Hitler. “As the thing started to unfold and there was a shooting at a political camp, which sounds a little like the Hitler Youth,” said Beck. “Who does a camp for kids that’s all about politics? Disturbing.” Of course, Beck would never use the word “disturbing” to describe his own behavior—and the crap that flows from his pants or mouth.

• Mickey D’s is apparently caving in to political pressure, and will proceed to add a serving of fruit or vegetable to all Happy Meals. Plus, the fast feeder will reduce the portion size of fries. However, the price will probably remain the same—and knowing Mickey D’s, they’ll likely increase the size of the toy.
Posted by HighJive at 12:39 AM