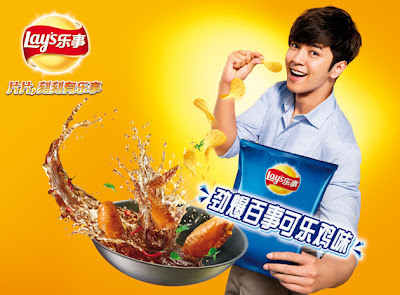 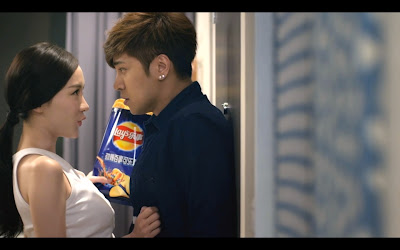 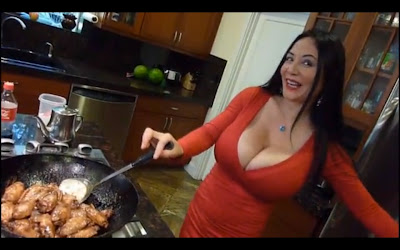 Chicken-and-Pepsi Chips?! Cola Brand and Lays Team Up for Snack Flavor in China

In Potato-Chip Form, Flavor Is Vaguely Similar to Barbecue With Sugary Aftertaste

PepsiCo is taking its global Power of One program to jointly promote beverages and snacks a step further in China, with the marriage of two Pepsi brands in a single product: Pepsi-Cola chicken-flavor Lay’s potato chips.

Cola chicken is a common recipe in China, with chicken wings tossed into a wok and caramelized in soy sauce, spices and cola. In potato-chip form, the flavor is vaguely similar to barbecue with a sugary aftertaste. If there’s any hint of Pepsi, it’s fleeting and lacks fizz.

Richard Lee, PepsiCo’s chief marketing officer in China, said the idea came from a brainstorming session involving teams from marketing and R&D, as well as Pepsi ad agency BBDO, Shanghai. Lay’s launches a new flavor every year, and this time the goal was fusion.

“We thought it would be really cool to have a cola combined with chicken. ... It’s a very popular dish in China,” said Mr. Lee, who in 2010 became the first person to be put in charge of marketing and portfolio management for both food and beverage brands in China. “Also it would be very cool to involve one of our most-iconic soft drinks,” he added.

The launch, in August, was much bigger than for any previous Lay’s flavor in China, which include such unusual flavors as lemon tea (subtle), cucumber (cloying) and hot-and-sour fish soup (fishy).

The TV ad campaign played a joke on viewers, starting out like a Pepsi ad, with a guy rushing out to buy cola for his girlfriend—not to drink, it turned out, but to use to cook chicken.

The product’s name is a sophisticated word play. String Pepsi’s and Lay’s Chinese brand names together, and you get a double meaning: “Anything can be happy” as well as “Pepsi can become Lay’s.”

Lay’s overall brand message in China is about enjoying the small things in life, a theme that resonates in a market where people can be dogged about earning more money and getting ahead.

“We want to celebrate a philosophy [that says] you can find happiness all around you,’” Mr. Lee said.

PepsiCo, like Coca-Cola Co., is making big investments in China. In Shanghai in November, it opened its largest R&D center outside North America, part of a 2010 plan to invest $2.5 billion over three years. Coca-Cola’s soft-drink brands outsell PepsiCo’s, according to Euromonitor International, but PepsiCo’s snack portfolio is an extra asset.

“Coke and Pepsi have both stalled out in terms of growth potential in China,” said Ben Cavender, associate principal at the China Market Research Group. “It’s important for them to be developing new products and driving into these growth categories. I think Pepsi is probably better-positioned with the packaged food that it has to really make some gains there.”