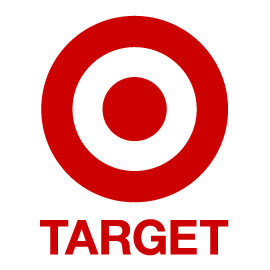 Advertising Age reported Target named LatinWorks as its Latino agency after a shootout that narrowed down to the winner and sister Omnicom shop Dieste. Wow, the network notorious for Corporate Cultural Collusion has added a multicultural twist. Wanted to accuse Omnicom of thinking all Latino agencies looked alike, but the holding company has been positioning its White shops as interchangeable too. According to Ad Age, the “pitch” was essentially handled by Target’s procurement team and without the services of a search consultant. Are there even any search consultancies with multicultural experience?

Also worth noting: Last October, Target Chief Marketing Officer Jeff Jones declared, “This brand has the right to work with the best creative agencies in the world. … When I look at the breadth of our business—in one hour of one day we’re thinking about healthcare reform and b-to-b marketing for our pharmacy business, in the next hour we’re launching an exclusive artist relationship with Pink and in the next we’re worrying about fashion and style and thinking about our partnership with Neiman Marcus, [and] at the holidays we talk about toys—the breadth of the business doesn’t set up well to have one agency that’s extraordinary at all facets of what we have to do.” In other words, Jones doesn’t believe a single White agency is equipped to handle his mainstream business, but uno Latino shop can cover the non-White customers.

Finally, Ad Age stated LatinWorks might have to drop its current client, Marshalls, which likely represents a conflict of interest with Target. However, the CEO of runner-up Dieste ran the group that won Marshalls in his former stint as LatinWorks’ managing director. So Omnicom has covered all bases. ¡Feliz Navidad!

“LatinWorks has been selected and will be our primary strategic partner for Hispanic marketing,” said Katie Boylan, senior group manager of public relations at Target.

Target doesn’t make specific agency of record assignments, she said. The account does not include media planning and buying. Grupo Gallegos, an independent U.S. Hispanic shop, previously handled much of Target’s Hispanic work, often on a project basis. LatinWorks referred calls to Target.

Target ranks No. 29 among the 50 largest advertisers in Hispanic media, spending $45.6 million in 2011, according to Ad Age’s Hispanic Fact Pack.

The pitch, largely handled by Target’s procurement team, started with about half a dozen Hispanic shops then narrowed to finalists LatinWorks and Dieste. No consultant was used.

LatinWorks faces a potential conflict with another retail client, the TJX Companies’ Marshalls. It’s unclear whether the agency will be able to handle Hispanic work for both retailers or will have to resign the Marshalls business.

If Marshalls were to leave LatinWorks, Dieste’s CEO Greg Knipp led the team that won Marshalls in his previous job as managing director of LatinWorks. Dieste previously handled JC Penney, but lost that business in 2008; Grupo Gallegos now handles.