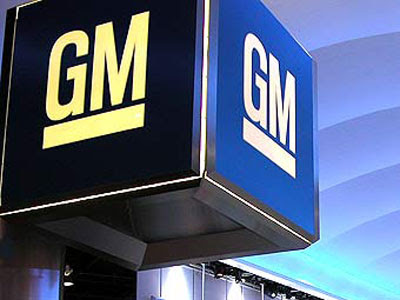 Advertising Age reported on the inevitable downfall of Commonwealth, as General Motors shifted its Chevy Silverado advertising duties from Goodby Silverstein & Partners to Leo Burnett. It looks like another example of Corporate Cultural Collusion between clients and agencies, although Omnicom wasn’t able to keep the business within the network. When former GM Chief Marketing Officer Joel Ewanick was replaced by Alan Batey in August, the new CMO insisted there would be no changes regarding Commonwealth or other agencies. Batey is clearly a graduate of the Mark LaNeve School of Fucking Liars. But that’s to be expected from glorified car salesmen.

General Motors Co. is taking lead advertising duties for the Chevy Silverado, currently handled by Commonwealth—the new Detroit-based structure composed of teams from Omnicom Group and Interpublic Group of Cos.—and moving those responsibilities to Publicis Groupe’s Leo Burnett in Chicago. The shift is expected to take effect as of January.

As a result, all creative advertising duties for trucks is now aligned under Leo Burnett, which has long handled ad duties for the GMC and Buick brands. The move could allow GM to more effectively market trucks as a category.

At the same time, the change under Mr. Batey, who was formerly Chevy’s VP-sales and service, begs the question of whether cracks are beginning to show in a structure that Omnicom and Interpublic created for GM back in March. More specifically, that GM is unhappy with a portion of the work on Chevy from Goodby Silverstein & Partners, which had been brought in by previous marketing chief Joel Ewanick.

When he took the reins from Mr. Ewanick back in August, Mr. Batey insisted that there’d be no impact on Commonwealth or any other agency relationships.

GM Director-Product and Brand Communications Pat Morrissey said the shift was being made to alleviate some of the workload for Commonwealth, which will launch about 24 new or significantly enhanced vehicles next year. “Chevrolet will launch more than 20 products globally in 2013. That is an incredible amount of work for any advertising agency, especially a newly formed entity that is responsible for global campaigns in 140 markets. Therefore, Chevrolet will leverage General Motors’ existing agency network to support the 2014 Silverado launch next year,” Mr. Morrisey said.

He added that GM wanted to “leverage General Motors’ existing agency network” by having Leo Burnett do the creative on both pickups. “We believe having Leo Burnett work on both Silverado and Sierra will provide great synergies and result in creative campaigns that clearly differentiate the brands and engage truck customers.” He stressed that Commonwealth remains Chevy’s global creative agency of record and will “continue to aggressively work on global campaigns.”

For its part, Burnett seemed to consider the shift a lot more momentous. “Leo Burnett is thrilled to expand its relationship with General Motors, take on responsibility for the very important Chevrolet Silverado brand and build our highly awarded and proven Detroit office,” the company said in a statement. “Although our relationship with GM dates all the way back to 1967, this day will certainly go down in the history of this very important partnership.” Representatives from McCann and GSP either referred calls for comment to GM or were unable to comment at press time. It is unclear to what degree the loss of the Silverado business might have on staffing levels of the shop, but according to industry executives, GSP has picked up some new accounts that might allow the absorption of some positions at Commonwealth.

The move to a new agency to handle the Silverado nameplate comes a week after GM unveiled the next-generation pickup, along with the Sierra, at a press event in Detroit. GM is seeking to wrest back market share its lost to Ford and Ram in recent years with a vastly improved interior and more-powerful and fuel-efficient engines, coupled with more muscular but traditional exterior styling.

Measured-media spending was not available for Silverado, but GM spent more than $1 billion in total marketing spending in 2011, according to Ad Age DataCenter.

The pickups launch will be GM’s biggest since it emerged from bankruptcy in July 2009. The Silverado and Sierra are the company’s most-lucrative vehicle lines—bringing in around $12,000 in profit per unit, analysts estimate—and together are GM’s highest-volume U.S. products.

Analysts estimate GM has invested $3 billion to $4 billion to develop the new pickups and engines, and to retool assembly and powertrain plants. Citi expects the new Silverado and Sierra to boost GM’s 2013 and 2014 operating earnings by $1 billion.

GM execs hope the second-quarter launch of the trucks, delayed by the company’s 2009 bankruptcy, will help reverse a steady slide in its share of the full-sized pickup market. It has declined to 35.7% this year from 42.2% in 2002, its lowest level during that decade, according to the Automotive News Data Center.

Before the launches, GM will be scrambling to clear dealers’ lots of swollen pickup inventory that has forced the automaker to offer big discounts on 2013 Silverados and Sierras (some dealers are offering discounts of as much as $10,000 off).

On Dec. 1, GM had a 139-day supply of the full-sized pickups, its highest level of the year. GM is hurrying to meet its year-end target of 220,000 pickups, or an 85-day supply, after assuring analysts for months that it would bring its stocks under control. High inventories can dent GM’s profits by forcing the automaker to spend money on incentives or to cut production.

The major markets for the Silverado are the U.S. and the Middle East. One innovation that Chevy has introduced as part of its move to offer more clean, efficient vehicles is all-new bi-fuel Silverado 2500HD that seamlessly switches between gasoline and compressed natural gas.

Mike Colias is a reporter for Automotive News.

Its not lying its just business. THis is how american business is done. Dont trust anyone.

Now if u cant trust white men telling to the truth to other white men.

Now as it pertains to this blog.

Do u really think these white men give a damn about telling the truth to blacks about diversity in advertising. Dirty game. I pity the fool!

Follow along.
Now if clients dont care about diversity?
Why should agencies? Why should recruiters?

This is part of script. Lets add some window dressing. Add a few blacks that will run around as
meaningless and mindless diversity advocates. Hire a few tokens(1 or 2 per agency) and yes men. All is well.

And there u have it a perfectly baked pie. Its a sham but yeah trust no one. Oh yeah what ever happened to Cyrus Mehri, oh yeah that discrimination lawsuit didnt go to well.