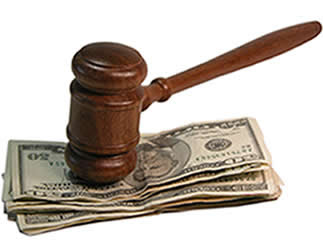 For IPG, “Joy Noel” is a totally different form of holiday greeting. Specifically, IPG legal staffer Joy Noel presented her employer with a re-filed discrimination lawsuit. MediaPost News reported Noel submitted a new complaint after a judge tossed her original $50 million legal action. IPG insists the claims in the case “remain without merit.” At the same time, IPG Chairman and CEO Michael Roth and Draftfcb President and CEO Laurence Boschetto admit the industry has struggled with diversity and discrimination, so there will almost always be merit to any claim of wrongdoing pertaining to unfair employment practices.

Interpublic Group legal staffer Joy Noel has re-filed her racial discrimination lawsuit against the holding company and two of its former executives with the U.S. District Court in Manhattan.

The re-filing was submitted about three weeks after Judge Harold Baer Jr. threw out her original complaint, calling her charges “a variety of broad but meatless allegations, including lesser salaries and fewer benefits for blacks as opposed to less-qualified Caucasian and light-skinned employees.”

However, Baer offered Noel the opportunity to re-file, focusing on a retaliation claim and an allegation that the holding company unlawfully passed her over for promotion.

In the new complaint, Noel is seeking unspecified damages. By contrast, in the complaint that Baer tossed out Noel sought $50 million. Also, she is suing two fewer people this time around; those left out of the second complaint include IPG CEO Michael Roth and IPG Human Resources Director Carolyn Harding. The remaining defendants include IPG and two former legal department executives, including former general counsel Nicholas Camera and former associate general counsel Marjorie Hoey.

Noel claims she was unlawfully passed over for the position of executive assistant to Camera when the position became available in March 2011. She also alleged that it was Hoey’s decision to pass her over and that Hoey, described in the suit as a “Caucasian female,” has “never promoted [Noel] or any other person of color to a front office position.

Noel also alleged that the person who was selected for the job, Theresa Muller, was “not qualified for the position because of her past poor performance as an employee.” The complaint does not describe in detail Muller's lack of qualifications, but does note that she didn’t last long in the position and that she was replaced by an African-American female not named in the suit. Noel is Trinidadian, per her complaint.

Noel also alleged that when she complained about being passed over, her workload was reduced and she was re-assigned to a lower-ranking attorney within the IPG legal department. In addition, she was “isolated in such a manner that other employees do not interact with her out of fear of losing their jobs.”

After the initial complaint was dismissed, IPG said that “the claims in this case remain without merit.”